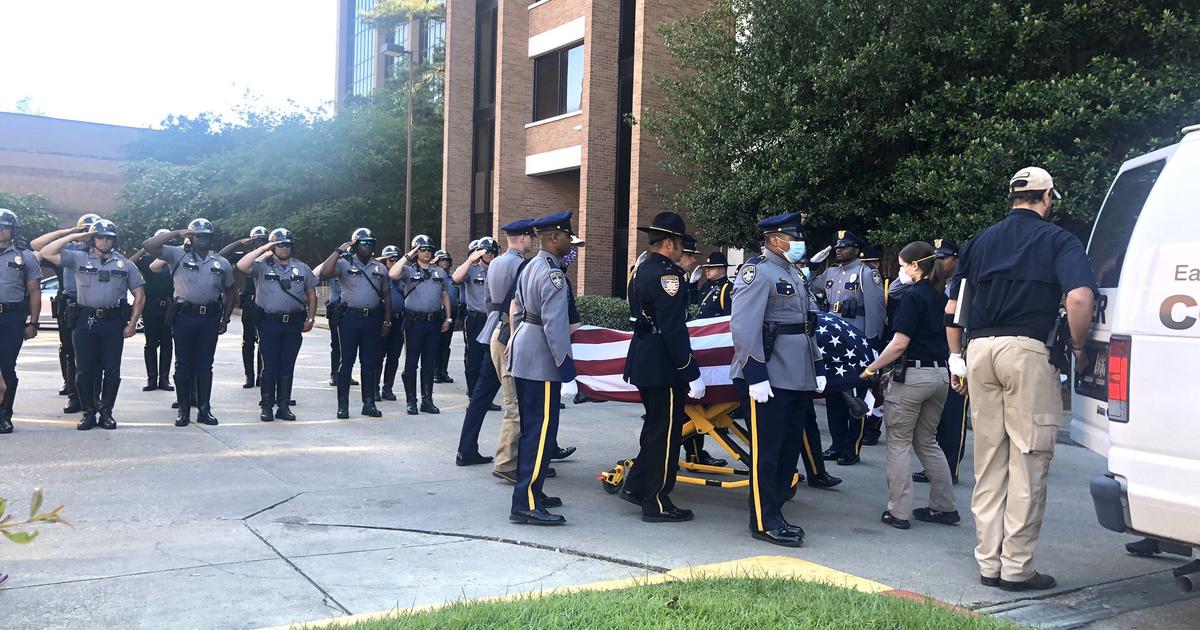 A shooting in Louisiana’s capital city left one police officer dead and his wounded colleague fighting for his life Sunday, authorities said, adding a suspect was later taken into custody after an hourslong standoff in which shots were exchanged with a SWAT team.

Baton Rouge Police Chief Murphy Paul told The Advocate the two officers were shot in a northern residential district in the city, and that one of the officers later succumbed.

Paul said a suspect, Ronnie Kato, 36, was detained after a roughly four-hour standoff in which he barricaded inside a house. The chief didn’t immediately say what charges Kato might face. He added that SWAT team members had been fired on and they returned fire. No one was reported hurt during those exchanges.

Police said the officers who were shot had responded earlier in the day to reports of gunfire in the area.

At a news conference Sunday evening, the police chief said the slain officer was a 21-year law enforcement veteran, according to CBS affiliate WAFB-TV. The chief did not immediately identify the officers.

The second officer was “fighting for his life,” Paul added at a news briefing Sunday evening. He is a seven-year member of the force.

“Our officers — talk about being public servants and the responsibility that comes along with being a law enforcement officer,” Paul said. “This is a call no chief wants to get.”

Police released few details about the shooting of the two officers or events that led up to it. The chief said only that police continue to investigate.

On Sunday afternoon, neighbors and onlookers crowded street corners behind police tape that cordoned off the area, according to media reports. Some of the bystanders wore masks against the coronavirus and others held up phones to record the crush of law enforcement vehicles at the site.

A different scene unfolded outside Our Lady of the Lake Regional Medical Center, where the officers had been whisked by ambulance. There, dozens of law enforcement officers held an impromptu vigil at the hospital, awaiting updates on the wounded officer’s condition.

A coroner’s van was seen Sunday afternoon being escorted away by dozens of law enforcement vehicles as it left the hospital, according to media reports.