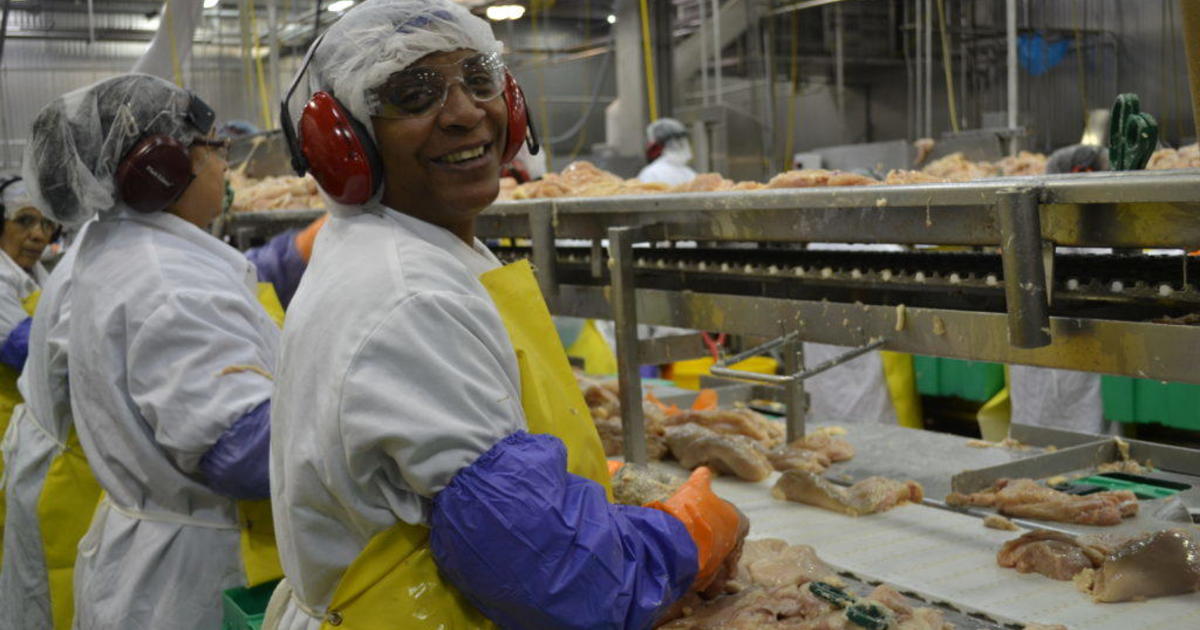 The union that represents 250,000 meatpacking and poultry plant workers is calling for improved protections for those on the front lines of sustaining the nation’s food supply as the coronavirus spreads.

The union’s tally of fatalities is lower than one compiled by the Midwest Center for Investigative Reporting. The center found that as of April 23 there have been at least 3,400 reported positive cases tied to meatpacking facilities at 62 plants in 23 states and at least 17 reported worker deaths at eight plants in eight states.

“Since the beginning, food and meatpacking workers have been working at the front lines of this public health crisis,” UFCW President Marc Perrone said in a virtual press conference on Thursday. “While companies are taking steps to protect workers, we’re not seeing the scope we need to protect these workers going forward.”

“It’s shoulder to shoulder at my workplace”

The UFCW is calling on the White House Coronavirus Task Force to prioritize five safety measures for the meatpacking industry: increased worker testing; priority access to personal protection equipment; no longer giving processors waivers to bypass workplace rules on how quickly production lines are set; mandating social distancing; and isolating workers with COVID-19 symptoms or those who have tested positive.

“It was shoulder to shoulder at my workplace,” said Achut Deng, a worker the past six years at a Smithfield Foods pork processing plant in Sioux Falls, South Dakota, who tested positive for COVID-19 in early April. Deng was diagnosed with the coronavirus disease several days after being sent home from work.

On Thursday, the U.S. Centers for Disease Control and Prevention called on Smithfield to make substantial changes at its Sioux Falls plant, which is linked to hundreds of local COVID-19 cases and at least two deaths.

Other meat companies around the U.S. are also contending with infected workers.

No large food company in the U.S. meat industry is immune to the challenges. “Last week Cargill began giving us masks at work,” said Itzel Goytia, employed at the agribusiness giant’s meatpacking plant in Dodge City, Kansas. “Social distancing is hard, if not impossible, in some areas of the plant, with hundreds of workers in and out every day.”