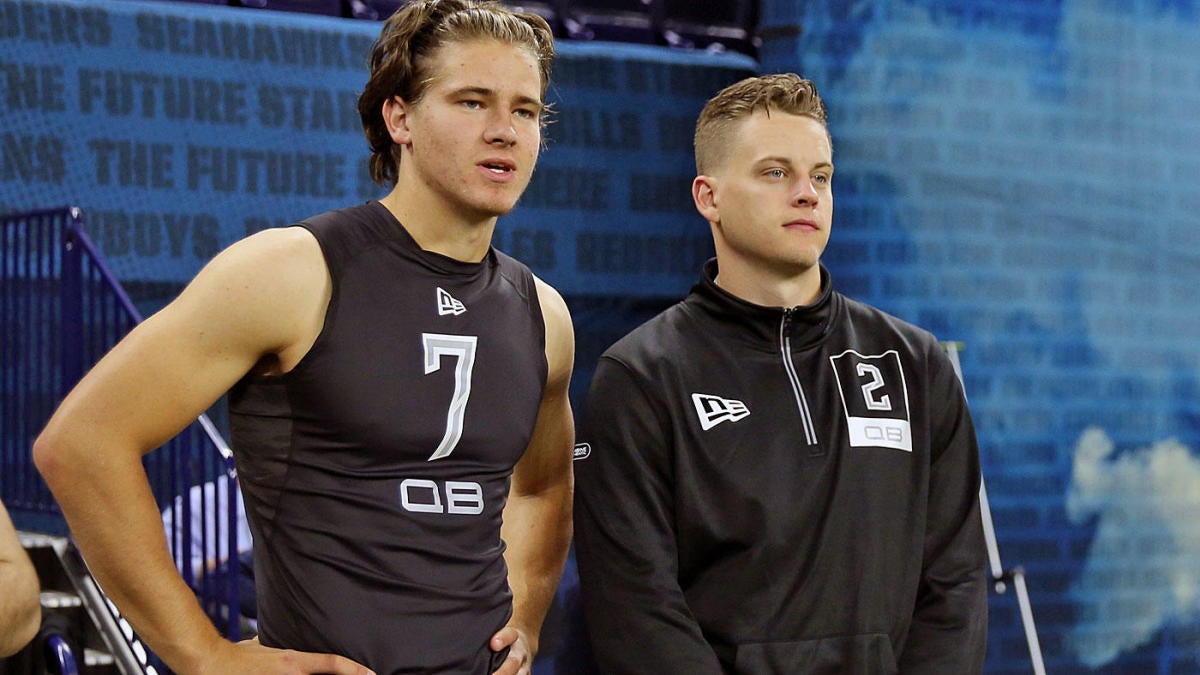 After months of waiting, the 2020 NFL Draft was gone in a flash. Left in the aftermath were a handful of winners and losers. CBS Sports evaluates what each team was able to accomplish over the course of three days.

Cincinnati is the biggest winner because it landed the face of its franchise at the most important (quarterback) position. It is the ultimate objective for any NFL team. Beyond Joe Burrow, the team drafted wide receiver Tee Higgins and linebacker Logan Wilson on Day 2. The team added linebacker Akeem Davis-Gaither, edge rusher Khalid Kareem, offensive lineman Hakeem Adeniji and linebacker Markus Bailey on Day 3.

Every selection was a home run outside of Kareem, which felt more like a single. The Bengals built a respectable offensive unit around their quarterback.

The Packers essentially did nothing for Aaron Rodgers in the first two days. After trading up for quarterback Jordan Love in Round 1, they chose running back A.J. Dillon and tight end Josiah Deguara. Both players were big reaches, according to our rankings, and it’s possible neither makes a major impact in 2020. It did not get much better on Day 3. Linebacker Kamal Martin was a solid selection but then they loaded up on underwhelming offensive linemen: Simon Stepaniak, Jon Runyan and Jake Hanson. Safety Vernon Scott and edge rusher Jonathan Garvin were selected on Day 3. Garvin was a solid pick but the evaluation of a whole class should not rest on the ability of the team’s last pick.

New York potentially added its left and right tackles of the future with Andrew Thomas and Matt Peart, respectively. Sandwiched between those two players was Xavier McKinney, who is regarded as the draft’s best safety. He offers a lot of ability and versatility. Cornerback Darnay Holmes and interior offensive lineman Shane Lemieux should be solid contributors. Cam Brown, Carter Coughlin, T.J. Brunson and Tae Crowder are all intriguing linebacker selections. Finally, cornerback Chris Williamson was a consistent producer as well. General manager Dave Gettleman told reporters his goal was to fix the offensive line once and for all and he took a big step in that direction.

Kyle Dugger is a 24-year old speedster who possesses some concerns regarding his lateral mobility. Edge rusher Josh Uche has a lot of upside. Michigan did not utilize him to the best of his abilities. The additions of offensive linemen Michael Onwenu and Justin Herron were welcomed choices on Day 3 but reaches with their first two picks marred the haul. Edge rusher Anfernee Jennings, tight end Dalton Keene, tight end Devin Asiasi, kicker Justin Rohrwasser, linebacker Cassh Maluia and offensive lineman Dustin Woodard were all earlier selections than most were comfortable with.

Offensive lineman Tyre Phillips and defensive tackle Broderick Washington were either a reach or reasonable value. Any team would be happy with that. No team found better value on a more consistent basis than the Ravens. Stop me if you’ve heard that before about Baltimore’s drafting prowess.

Linebacker Jordyn Brooks and edge rusher Darrell Taylor came off the board earlier than expected. The Damien Lewis pick will not be scrutinized. Otherwise, the choices of tight end Colby Parkinson, running back DeeJay Dallas and edge rusher Alton Robinson did not excite.

Their path began by jumping on the chance to select the draft’s best wide receiver: CeeDee Lamb. They parlayed that optimism into two more productive days. Cornerback Trevon Diggs and defensive tackle Neville Gallimore were valued higher than they were selected. Edge rusher Bradlee Anae and center Tyler Biadasz were both valuable additions. There were no issues with the selections of cornerback Reggie Robinson II and quarterback Ben DiNucci.

Dallas got better over the course of these three days.

Day 2 was early for wide receiver Chase Claypool and edge rusher Alex Highsmith. Running back Anthony McFarland Jr. is not a well-rounded back, and there were better options at the time of his selection. The pick of offensive guard Kevin Dotson was fantastic. He was snubbed from the NFL combine, but most talent evaluators recognized his ability.

Safety Antoine Brooks Jr. was good value on Day 3 but not the most exciting pick.

Cleveland landed arguably the draft’s best offensive tackle at No. 10 overall in Jedrick Wills. On Day 2, the Browns watched as LSU safety Grant Delpit fell into their lap. He was regarded as a first-round pick. Defensive tackle Jordan Elliott was a former 5-star recruit who could become the best defensive tackle in the class.

The value continued on Day 3 with the additions of interior offensive lineman Nick Harris, wide receiver Donovan Peoples-Jones and tight end Harrison Bryant. The one selection that did not draw inspiration was linebacker Jacob Phillips.

The tight end position was not a pressing need so it is hard to justify the selection of Cole Kmet in the second round. Cornerback Jaylon Johnson is a great player but was only on the board because he had been dealing with an injury. Edge rusher Trevis Gipson was picked too early. Cornerback Kindle Vildor was a solid pick. He is a feisty competitor who can step in and fulfill a nickel role. Tulane wide receiver Darnell Mooney has great speed but needs to continue his development.