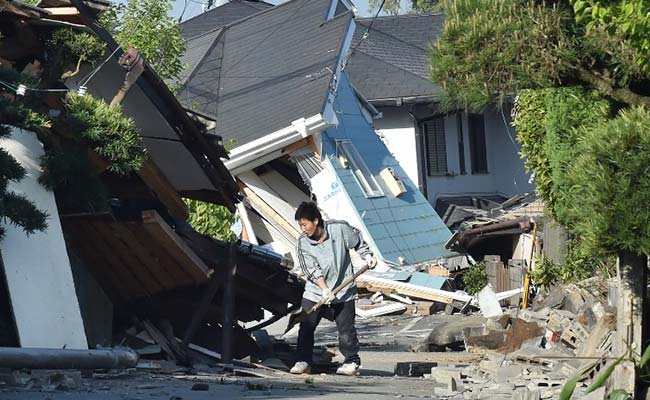 The Japan Meteorological Agency (JMA) put the quake at a magnitude of 6.1. (Representational)

A 6.4-magnitude earthquake struck off the east coast of Japan early Monday, according to the US Geological Survey, but no tsunami warning was issued.

The epicenter of the earthquake was 41.7 kilometers (26 miles) beneath the Pacific seabed, less than 50 kilometers off the coast of Miyagi prefecture, the USGS said on its website, rating the risk of casualties and damage as low.

The Japan Meteorological Agency (JMA) put the quake at a magnitude of 6.1 and a depth of 50 kilometers. Japan’s Kyodo News Agency said no tsunami warning had been issued after the tremor, which hit just after 5.30 am (2030 GMT).

Japan sits on the Pacific “Ring of Fire”, an arc of intense seismic activity that stretches through Southeast Asia and across the Pacific basin.

(This story has not been edited by NDTV staff and is auto-generated from a syndicated feed.)