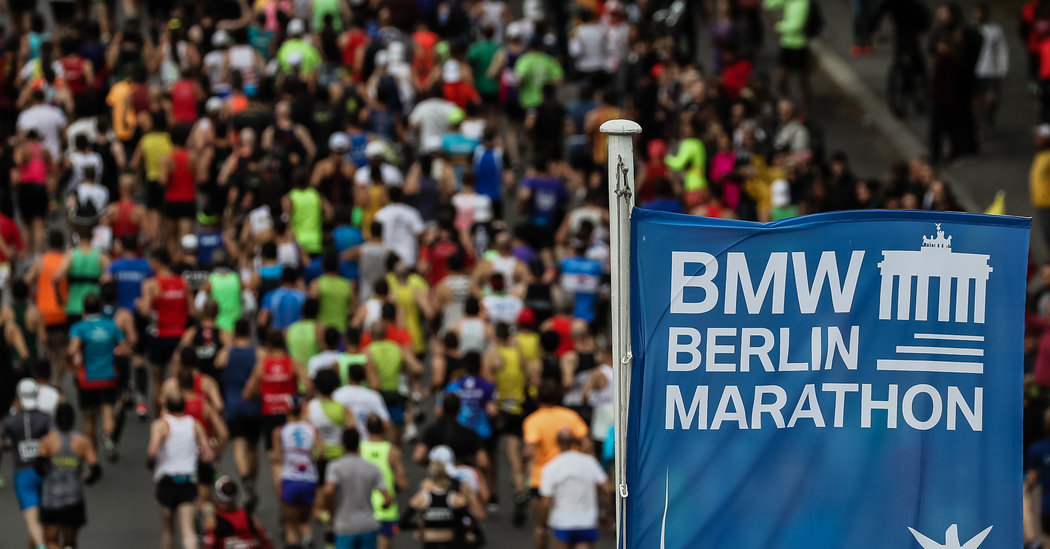 The Berlin Marathon announced it was canceling its race scheduled for late September after the German government said it was banning all events of more than 5,000 people through Oct. 24.

In a post on Instagram, race officials said they were forced to make the decision after learning of the actions of the Germany government.

“We have learned from the press conference of the Berlin Senate on April 21, 2020, that all events with more than 5,000 persons will be prohibited until October 24, 2020. Unfortunately, this also applies to the BMW BERLIN-MARATHON, which cannot now take place on September 27, 2020, as planned. We will now deal with the consequences, coordinate the further steps and inform you as soon as we can. Let us remain strong together.”

The moves by the German government, which has been widely lauded for its management of the Covid-19 crisis, and the Berlin Marathon may have significant effects on sports events this fall. Many sports events, including major tennis and golf tournaments and other international road races, have already been rescheduled for the fall, in hopes that the dangers of the spreading of the new coronavirus will be mitigated by then.

German soccer teams have begun practicing, but the teams will play the remainder of the season without fans, and the league’s chief executive told The New York Times early this month that he expected games to occur without fans through the end of the year.

Chancellor Angela Merkel of Germany said Monday that Germans should not forget that “we are still at the very beginning of the pandemic, and that we are a long way from having beaten it.” Ms. Merkel said the country needed to proceed “incrementally, slowly, carefully.”

The question now, though, is whether the action from Germany, which has had more testing and a lower death rate from the disease than other large countries, will lead other countries to cancel events that are now scheduled to take place in the fall, especially those in Europe. The French Open, for example, has been rescheduled for late September from late May and early June.

Germany has pursued a strategy of early and widespread testing. It also had a large number of intensive care beds, which has helped it keep its death rate relatively low. As of Wednesday, Germany had reported 147,593 cases but fewer than 5,000 deaths, according to the Johns Hopkins Coronavirus Resource Center.

The Berlin Marathon is one of the six World Marathon Majors. It always takes place in the fall. Organizers moved two other majors, Boston and London, that had been scheduled for the spring to September and October.

In the United States, the U.S. Open golf tournament was moved to Sept. 18 to 21 and will remain at Winged Foot in Mamaroneck, N.Y. The Masters, a ritual of spring at Augusta National Golf Club in Augusta, Ga., will now be contested from Nov. 12 to 15. The U.S. Open tennis championships are still scheduled for late August and early September.