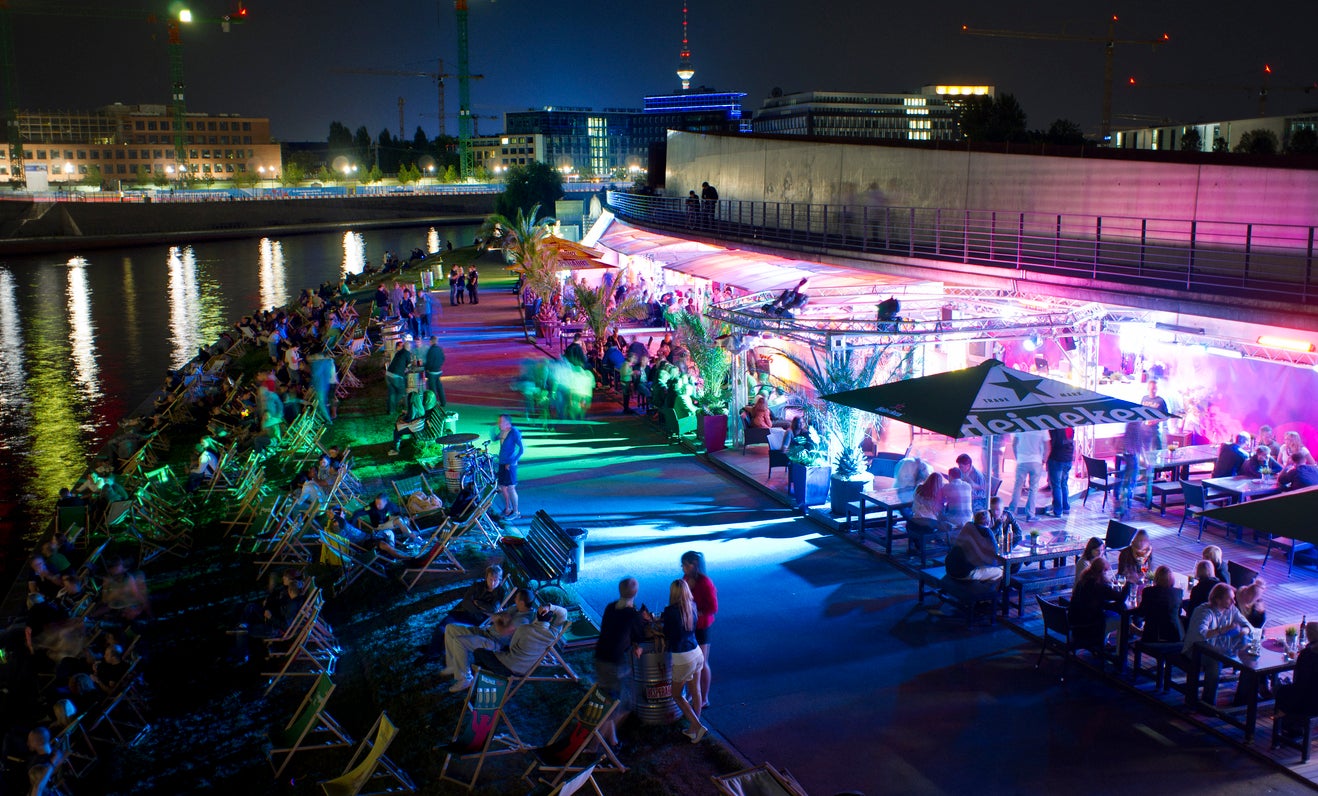 Berlin has proposed transforming its streets, squares and parks into open-air pop-up clubs to revive its famed nightlife scene.

The German capital is known for its diverse range of clubs, which have been forced to close amid the coronavirus pandemic.

Ramona Pop, Senator for Economy, Energy, and Enterprises and deputy mayor of Berlin, sent a letter to the city’s district mayors encouraging them to consider turning public spaces into outdoor nightlife venues that can be rented out.

She is hoping to get the concept off the ground in the next few weeks, so that locals and visitors can enjoy partying over the summer.

It is hoped the move might also deter people from attending an increasing number of illegal raves, giving them a safe, legal alternative.

It’s not the only concept to get an open-air makeover in response to the pandemic.

Some art galleries have launched drive-thru exhibitions, such as The Immersive Van Gogh Exhibit in Canada.

The exhibit allows viewers to drive through a 35-minute light show in a former printing press in Toronto, with 14 vehicles able to participate at one time.

In the UK, there’s also been a return of the drive-in cinema to enable viewers to enjoy films from the safety of their own cars.

Luna Cinema, At the Drive In and Pub in the Park are all offering drive-in screenings nationwide.