ORCHARD PARK, N.Y. — For the first time since 2015, the Buffalo Bills will not have a pick in the first round of the NFL draft.

Technically, at least. It all depends on your perspective.

From general manager Brandon Beane’s point of view, his Bills won’t pick in the first round because they have already used their selection — on former Minnesota Vikings wide receiver Stefon Diggs.

Beane made one of the splash moves of the new league year in March, parting ways with first, fifth and sixth-round picks in 2020 and a fourth-round pick in 2021 in exchange for the star wideout and a 2020 seventh-round pick.

“It is one of those things where I view it, ‘That’s our first-round pick,'” Beane said. “With the draft capital that we moved to acquire him we moved up, let’s just say, four spots. We traded up there and we got him and we know the player — it’s just a more proven thing right now.”

Buffalo was long-believed to be interested in drafting a receiver with the No. 22 overall pick; the issue, however, was finding a rookie receiver who could make an immediate impact in the offense of coach Sean McDermott and coordinator Brian Daboll. But Beane, after scouting this year’s class, didn’t feel like he could land that type of player at that draft slot.

Especially as the repercussions of the coronavirus pandemic pulsated through the NFL offseason, it became clear that whoever Beane brought in would need to be able to acclimate quickly.

“I know [Diggs] knows ball, will be able to understand the verbiage once he learns our system quicker than [a draft pick],” Beane said. “A lot of the stuff in college is all signaled in — a lot of these guys aren’t in huddles. The biggest transition for these receivers, beyond the routes, the physical stuff, is just hearing these long playcalls in the huddle and processing it in their head, from as little as: ‘Do I go left? Do I go right? Am I on the ball? Am I off the ball? Now I’ve got to start reading what coverage they’re in to know what route I’ve got to do, whether I’ve got to convert.’ 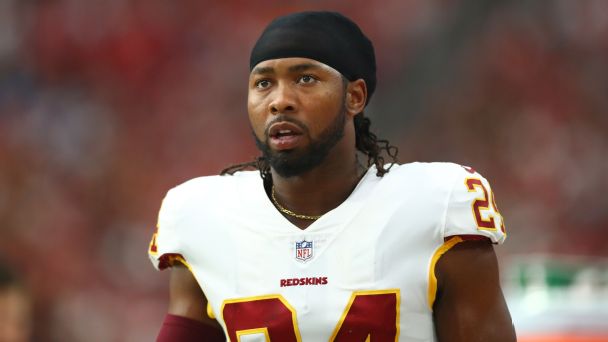 “All those things, the mental part is so hard. And that’s why I think so many receivers — we talk about it all the time — [are] probably one of the higher bust rates across the league. I think it’s more mental than physical.”

Beane might have done himself a favor by trading out of the first round. The NFL draft will be held virtually and the Bills’ first pick in the second round (No. 54 overall) gives Beane & Co. time to watch how it will unfold before comfortably making a selection. Especially with the limited time teams have been able to spend with prospects this offseason, minimizing risks during the draft will be important.

The Bills, as well as the 31 other teams, have utilized video conferencing applications to meet with draft prospects. Beane will rely on the work he and his scouting staff did months ago to support them through the uncertainty of not being able to put their desired prospects through workouts.

“When you’re talking about the draft … teams that did their homework in the fall will probably have a better feel than those that may wait and who work in the spring,” Beane said.