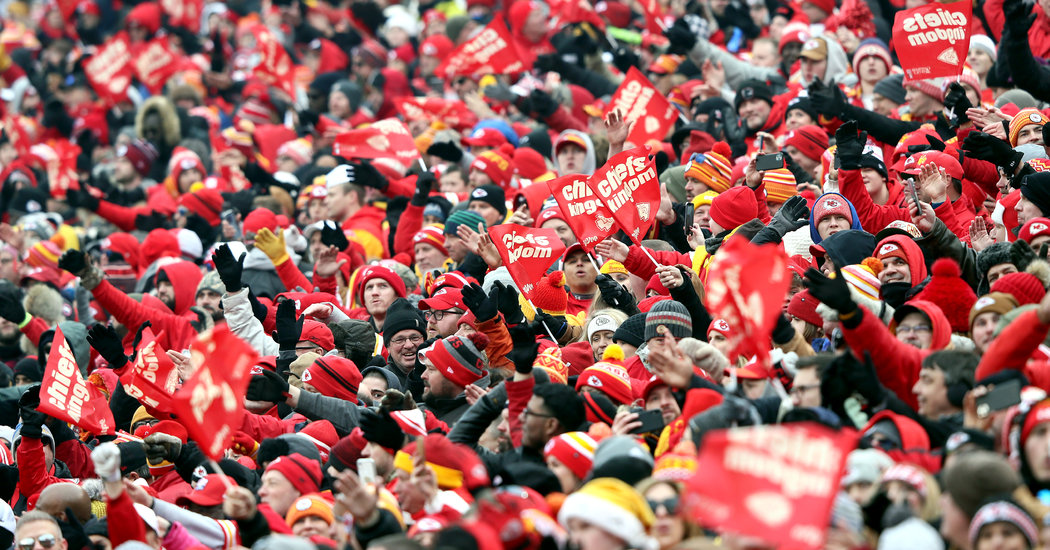 A survey of Native Americans — conducted by researchers at the University of Michigan and the University of California, Berkeley, and set to publish next month — found that around half of respondents were bothered or offended when sports fans did the tomahawk chop or wore Indian headdresses. Opposition was even greater among those who frequently engaged in Native traditions, with 65 percent saying the chop bothered them, according to the report, which will appear in the academic journal “Social Psychological and Personality Science.”

Other research suggests that Native mascots and imagery in sports damage the self-esteem and ambitions of American Indian youth.

“There’s no way that the use of Natives as mascots is honoring,” said Stephanie Fryberg, a University of Michigan professor who is Tulalip and worked on the survey. “That’s an illusion.”

The tomahawk chop causes ambivalence among some Chiefs fans — they understand why Native people might find it offensive, but say they do it to celebrate their team, not to demean Indians. Several fans said they would have no problem giving up the chant and replacing it with something else, but that the team would have to lead that effort.

Joyce Parker, 65, cringed as she admitted that she does the chop at games.

“It’s just that caught-up-in-the-moment group joy,” said Parker, a fan from Prairie Village, Kan., a suburb that is a 10-minute drive southwest of Kansas City. “Yes, I feel bad about it.”

But Brian Shirley, a 46-year-old warehouse manager, thinks the chop should stay.

“I don’t think they should take offense,” Shirley said. “I enjoy going to the stadium and doing it.”

Quinton Lucas, the Kansas City mayor, said it was not for him to tell fans how to cheer, but acknowledged that he does not chop because “I have different ways to celebrate my fandom.”