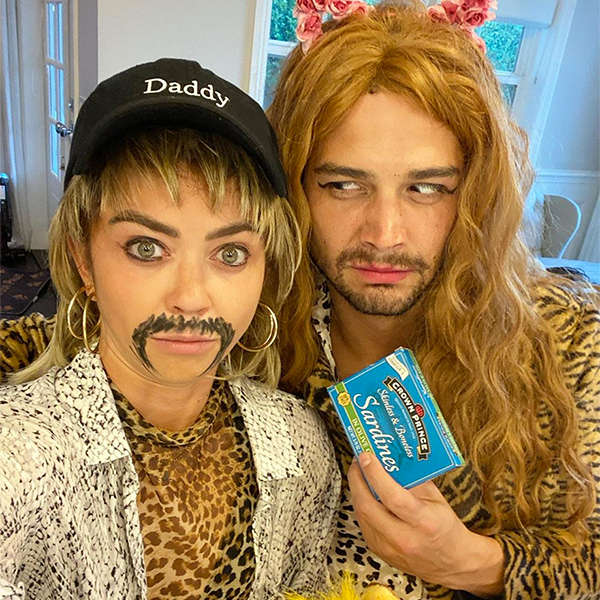 Imitation is the sincerest form of flattery and something tells us Joe Exotic is loving all of the celebrity Tiger King cos-play going down on social media these days.

While Kate McKinnon is already set to star as Carole Baskin in a scripted TV series about the pair’s epic feud, that hasn’t stopped other celebs from dressing up as the divisive Big Cat Rescue owner on social media since Tiger King debuted on March 20.

But with the role of Joe Exotic in the UCP series still up for grabs, a lot of actors are seemingly throwing their names in the ring to portray the eccentric zoo operator, who had multiple husbands, a mullet and is currently in jail serving his 22-year sentence.

“If I don’t get cast as Joe Exotic in the eventual biopic, Hollywood is broken,” Dax Shepard tweeted, but stars like Rob Lowe, Jared Leto and more have gone as far as to dress as Joe, while Thomas Lennon jokingly (but maybe seriously) auditioned in character during an appearance on The Late Show With Stephen Colbert.

Of course, for some stars, dressing up as some of the Tiger King stars has been a distraction as they continue to practice social distancing, with more than one Bachelor Nation couple getting in on the fun, as well as the entire Stallone family.

Here are all the celebs who are breaking out the leopard print, crop tops and eyeliner to dress up as Joe Exotic and Tiger King‘s other larger than life stars… 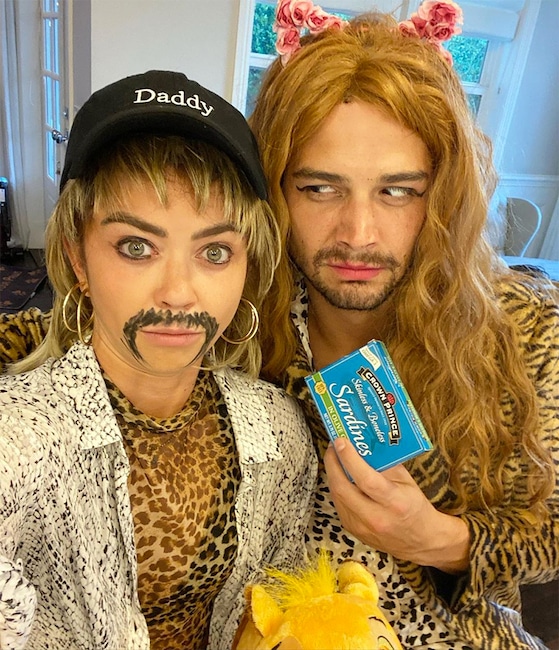 The engaged couple decided to switch things up, with the Modern Family star donning Joe’s signature facial hair and the Bachelor alum finishing off his Carole look with sardines. If you know, you know. 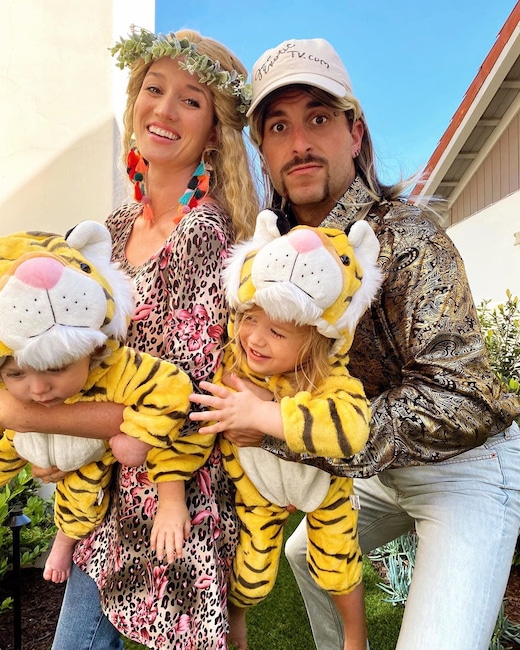 The Bachelor Nation couple got in on the Tiger King action, even bringing kids Emmy and Brooks in on the fun, dressing them up as tiger cubs. May we suggest they use this as their Christmas card this year? 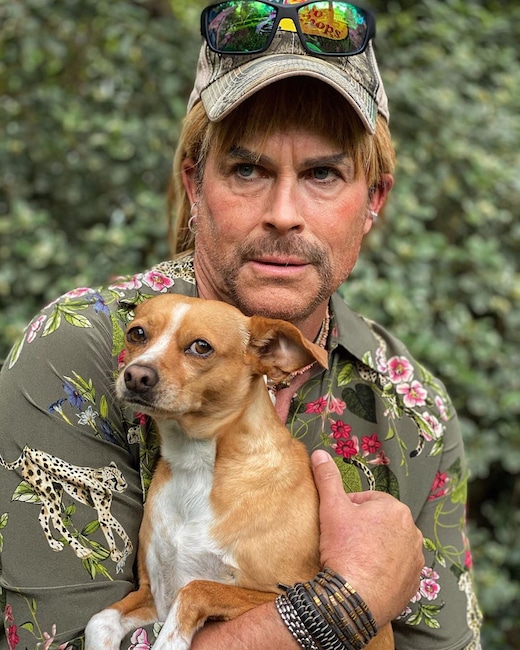 “Rob Exotic. UPDATE: Ryan Murphy and I will be developing our version of this insane story. Stay tuned!”

From your finger tips to God’s ears literally, Lowe.

According to Deadline, Murphy and Lowe, who stars in the Murphy-produced 9-1-1: Lone Star, are in early talks on a project related to the larger-than-life figure. 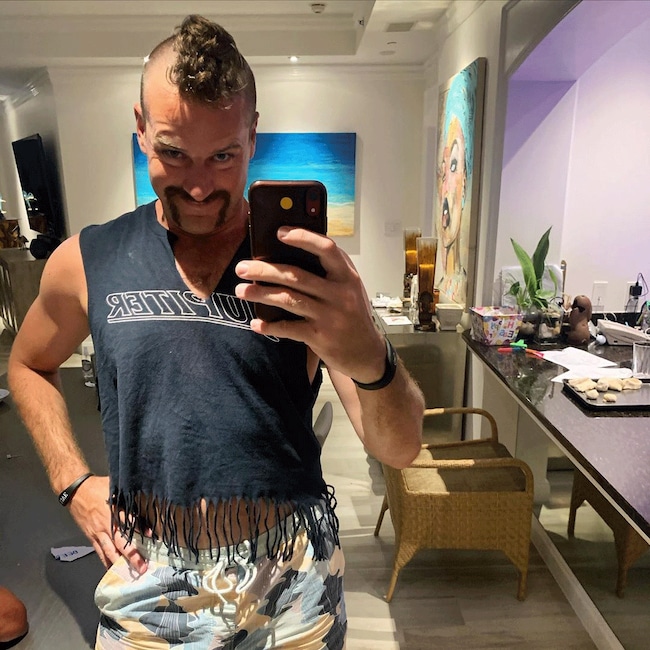 Intentional or not, the Call Me By Your Name star’s surprising transformation seems like an early Joe Exotic Halloween costume. 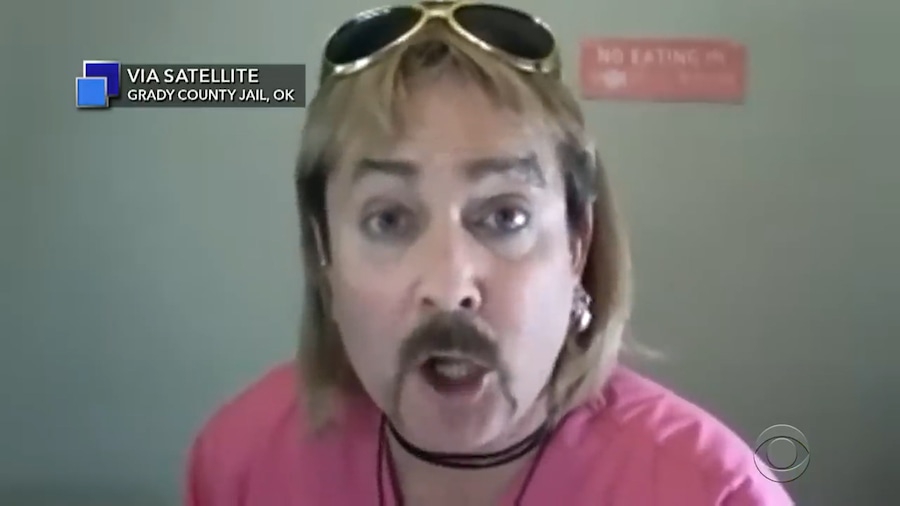 In early April, the Reno 911 star impersonated Joe Exotic on The Late Show With Stephen Colbert, Skyping in from jail to perform his new single and to weigh in on whether or not he was portrayed accurately in the Netflix doc.

“There has been a lot of funky rhubarb picked in the Ted Sarandos patch, and some of it paints me to look like a chicken-fried freakazoid who is crazier than Downtown Encyclopedia Brown,” Lennon answered as Joe. “Well let me tell you this: That is just a colonel’s 12-piece bucket of deep-fried bologna bites, OK? I am actually a very down-to-earth, pistol-packing, double-husband-having mullet man, joie de vivre and a love of America’s cigarettes.”

Are you watching, UCP?! 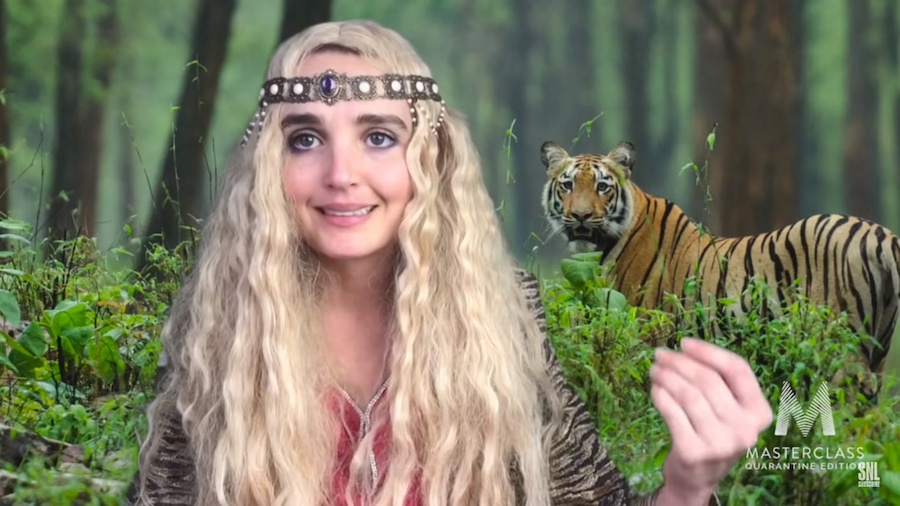 Hey all you cool cats and kittens, isn’t the Saturday Night Live star a ringer for Carole? 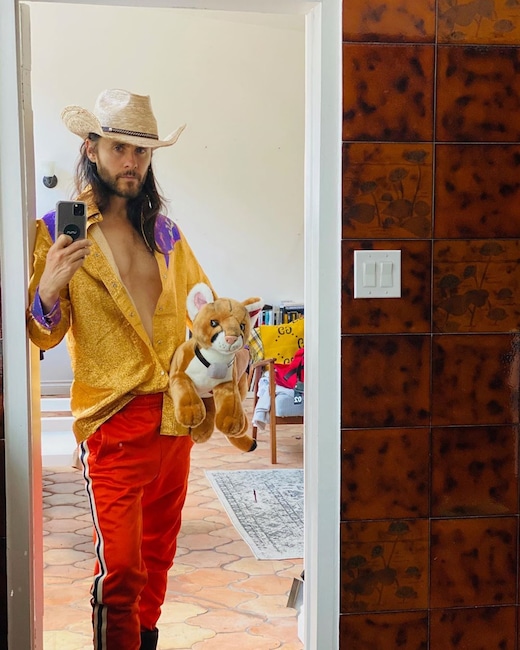 The 30 Seconds to Mars frontman and Oscar winner is such a fan of the Netflix docu-series that he hosted a viewing party on Twitter, also dressing up for the occasion. 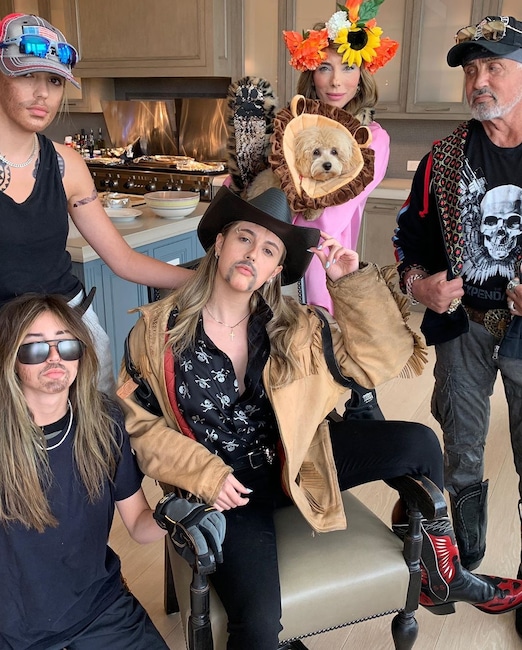 Redefining family bonding, Sylvester Stallone and his family decided to have a little fun at home, dressing up as some of the larger-than-life  figures from the doc.

Tiger King is streaming on Netflix. Inspired to dress up too? Well, you’re in luck—Tiger King fashion is now a thing.