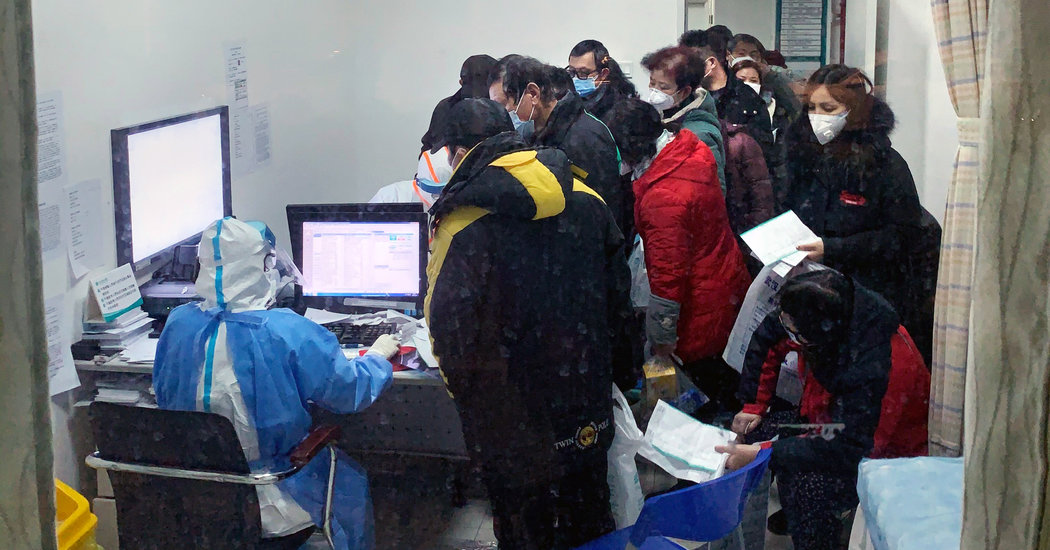 As the outbreak continues to spread, global companies have begun to limit their workers’ travel to mainland China, and China’s biggest companies have urged employees to work from home.

On Monday, health officials in the United States urged travelers to avoid any nonessential travel to China, and many companies cited that as justification for internal travel bans. The new guidance, from the Centers for Disease Control and Prevention, warned that transportation in and out of Hubei Province, the center of the outbreak, is restricted, and that there is “limited access to adequate medical care in affected areas.”

Companies with large operations or interest in China, like General Motors, Honeywell, Bloomberg and Facebook, have all warned employees not to travel within mainland China in a flurry of emails in recent days.

Honeywell, which has offices and operations across China, said it had restricted travel to certain regions, without specifying them. A spokesperson for General Motors said the company had issued a global ban on travel to China, under which only “business-critical” travel would be allowed.

Bloomberg told its employees in Hong Kong and mainland China to work remotely until further notice, and it barred other employees from traveling to either place for the next 30 days, according to an email seen by The New York Times. Facebook said it asked all employees to suspend nonessential travel and asked those who had recently been in China to work from home for a period of time.

The authorities in China have extended the Lunar New Year holiday to Feb. 3, and some of China’s biggest cities have gone further, telling businesses not to open until the next week. The country’s biggest technology companies, including Alibaba, Tencent, Bytedance, Sina, Maimai, Netease and Didi, told employees to work from home from Feb. 3 to Feb. 10.

Netease, an internet and entertainment platform, asked employees returning from another city within China to quarantine themselves for 14 days.