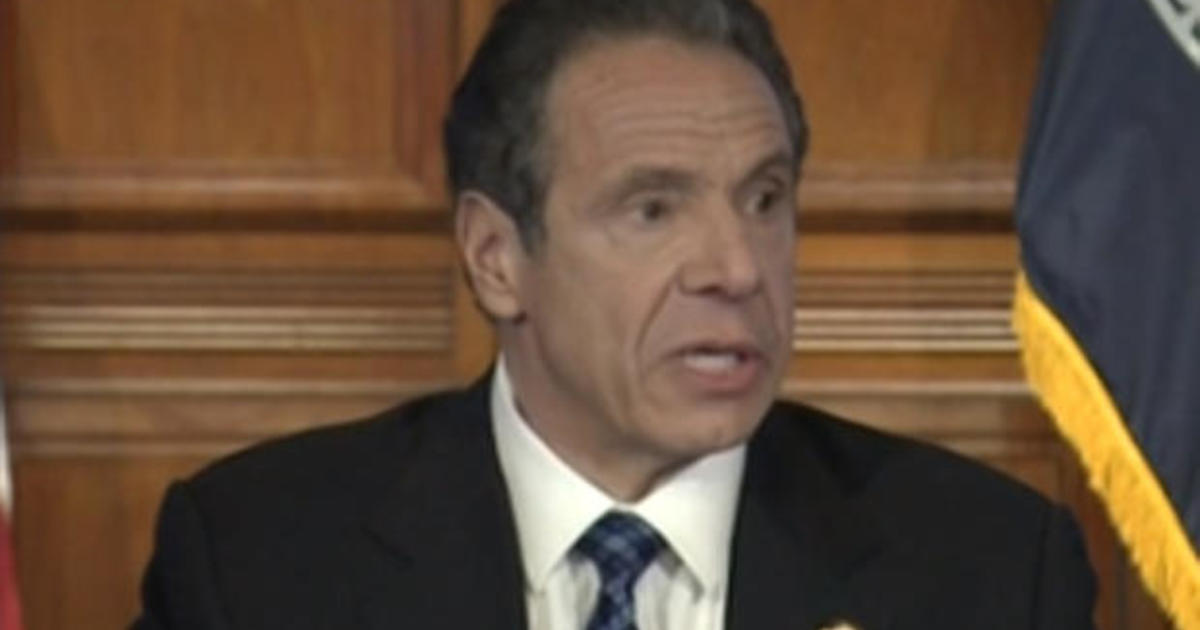 “It saves some cities. And there’s no good reason for it not to be available,” he said. “My guess is their first choice would be for the federal government to borrow money from future generations to send it down to them now so they don’t have to do that. That’s not something I’m going to be in favor of.”

Cuomo called the idea “the most un-American, un-charitable statement of all time.” The governor said Friday at his daily briefing that New York gives the most money of any state to the “federal pot,” while Kentucky takes the third most out of the pot. “Just give me my money back, senator,” Cuomo said.

“I say pass a law allowing states to declare bankruptcy. I dare you,” the governor said.

He warned that such a bill would signal “turmoil” to the markets, further jeopardizing the country’s economy. “We’ll see how many states take you up on it,” he said.

New York on “downside of the curve,” but hospitalization rate remains high

Cuomo said “all the evidence suggests” the state is “on the downside of the curve.” The governor, however, stressed that without maintaining precaution the virus could make a resurgence.

According to Cuomo, total hospitalizations are down in New York, but 14,200 people are still currently receiving treatment for the virus, and about 1,300 new infections are being reported daily.

“This is still not great news,” he said. “Number of new people coming into the hospital, number of new infections is slightly down, but that’s basically a flat line and that is troubling.”

Since April 18, the number of single-day deaths due to the coronavirus in New York have remained below 500. On Thursday, 422 died from the virus.

“This is at an unimaginable level,” Cuomo said of the lives lost. “It’s dropping somewhat, but it’s still devastating news.”