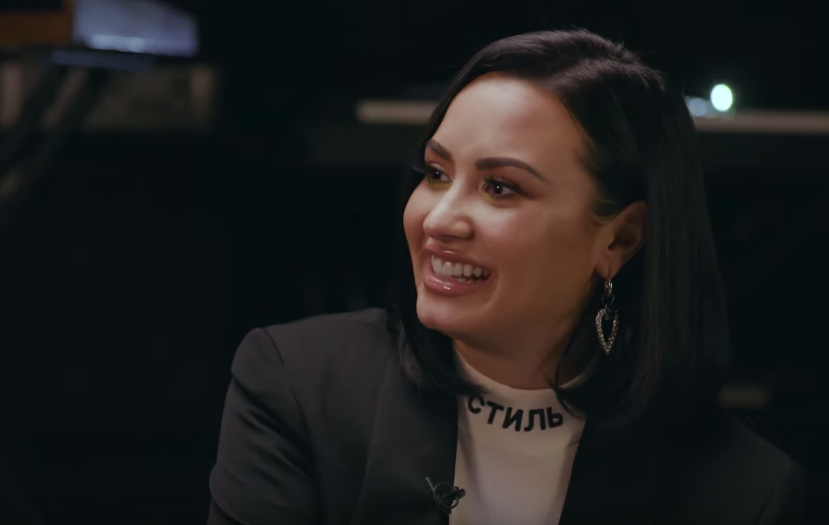 In the process of gearing up for her first performance since her July 2018 overdose, Demi Lovato is opening up about the life-changing event and how she’s moving forward with the help of faith.

The 27-year-old singer-songwriter sat down with Zane Lowe for Apple Music for her first long-form interview since her hospitalization to discuss her progress since that difficult moment. While she talked about the role that her upcoming single “Anyone” played in her recovery, and soon her comeback, Lovato also discussed her future and how she hopes her newfound faith in God will help her to live a fulfilled life.

“I was not really a big church person, like even a month ago,” Lovato admitted during the nearly 25-minute interview. “I shied away from church for many years. I didn’t feel welcome. I was also like questioning my sexuality.”

Lovato has long been open about her sexuality and even spoke about dating both men and women in her 2017 documentary Simply Complicated. She also revealed to Lowe that she sees herself starting a family in the upcoming decade, although she doesn’t know with whom. And finding a church that accepts that part of her has been a big part of her leaning into faith.

“I just found a place out here in L.A. that like accepts me for who I am, no matter who I love. And there’s no judgment. And that’s what I needed,” she explained.

Beyond being a judgment-free zone, Lovato also recognized that the church has given her the opportunity to reflect on her relationship with herself, instead of looking toward other people or substances for solace.

Lovato didn’t neglect to mention her manager, Scooter Braun, and his role in helping her find this safe space after he offered to bring her to Bible study in the midst of a particularly “rough night.”

“He was like, ‘Hey do you wanna go to Bible study?’ And I was like, ‘Wait, aren’t you Jewish?’” Lovato joked. “So he took me there and I just heard God clearer than I had heard him in a long time.”

Now, as she prepares to perform at Sunday evening’s Grammy Awards as well as the Super Bowl LIV in Miami, Lovato is feeling more secure than ever and ready for her return to the limelight.

“I just feel safer and I feel renewed,” she said.