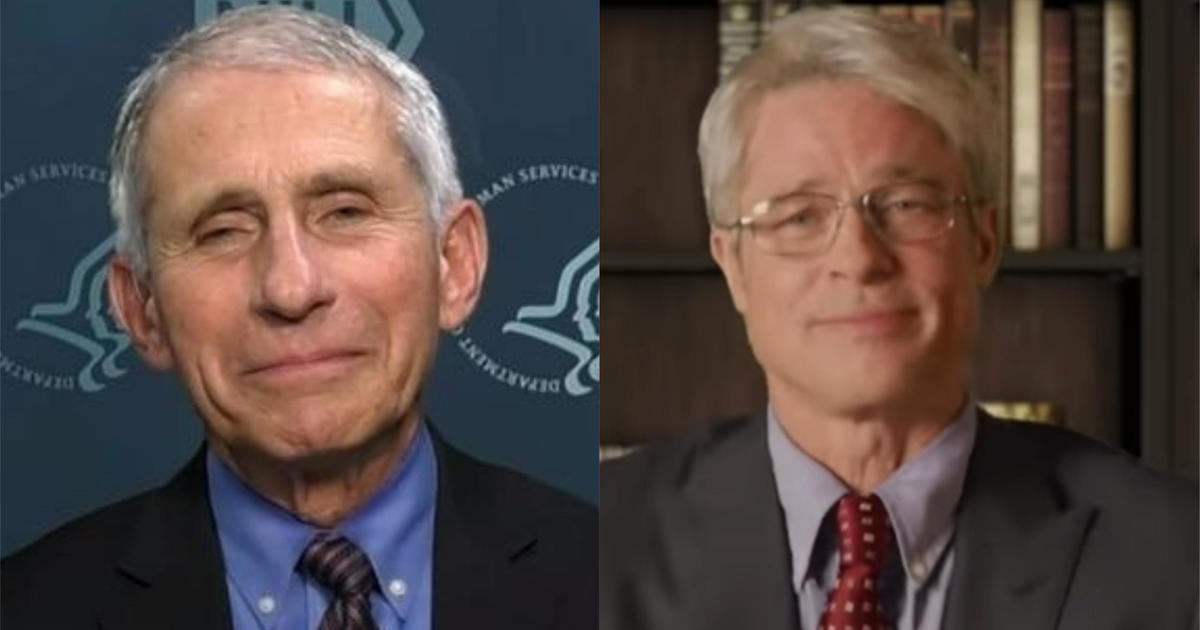 Dr. Anthony Fauci has seen his face on T-shirts, bobblehead dolls and even donuts — but you know you’ve become a pop culture icon when “Saturday Night Live” does a skit about you. And Fauci was pleased to see he wasn’t portrayed by just anybody — Brad Pitt played him on last Saturday’ episode.

In an interview with Telemundo, the 79-year-old director of the National Institute of Allergy and Infectious Diseases reacted to the 56-year-old heartthrob’s portrayal. “I think he did great. I mean, I’m a great fan of Brad Pitt, and that’s the reason why when people ask me who’d I like to play me I mention Brad Pitt because he’s one of my favorite actors,” Fauci said.

“He showed he’s really a class act when at the end he took of his hair [wig] and he thanked me and all the health care workers,” Fauci continued. “So not only is he a really great actor, he’s actually a really classy person.”

In the cold open of Saturday’s show, Pitt wore a gray wig and glasses to resemble Fauci and impersonated the doctor’s thick New York accent. Pitt, as Fauci, joked about the women who send him flattering emails and pointedly corrected things President Trump has said. As a member of the White House coronavirus task force, Fauci appears alongside Mr. Trump at many meetings and press briefings, and their messages have clashed from time to time.

At the end of the skit, Pitt stepped out of character and thanked Fauci for his “calm and clarity during this unnerving time,” and went on to express gratitude to all of America’s frontline workers.

Pitt was a natural choice to play Fauci — the doctor himself said in a previous interview that he’d like to see the actor portray him.

“SNL” is know for its celebrity cameos, and Pitt wasn’t the only surprise appearance during Saturday’s episode — Charles Barkley and DJ Khaled also appeared in a sketch.

Like the rest of the episode, the cold open was not filmed in a studio or with an audience due to social distancing guidelines. It was the second episode that the cast produced from their homes.