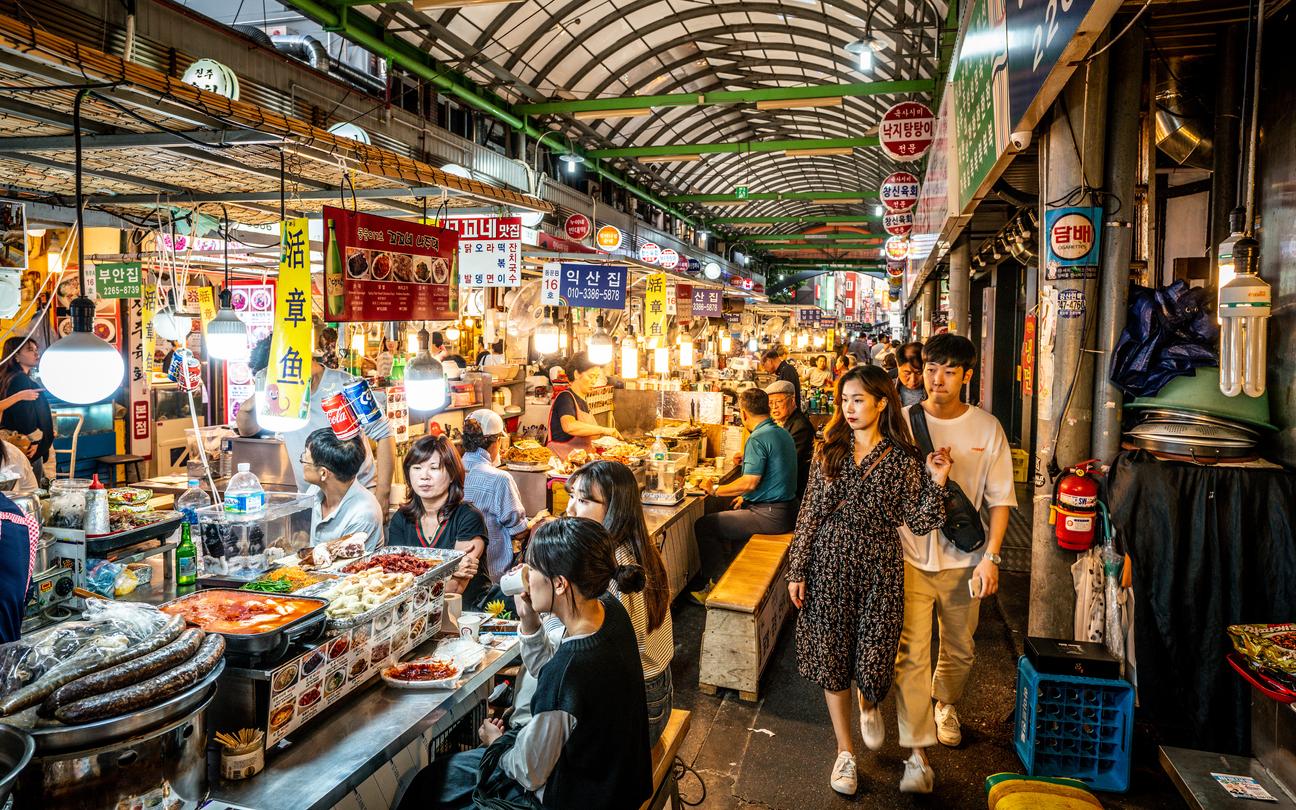 With the FCO advising against non-essential travel for an indefinite period of time, it’s hard to know when we might all start travelling again.

But that doesn’t mean the wanderlust has dissipated.

In fact, for some, it has only multiplied many fold, which makes now the perfect time to plan a trip for the future.

To be clear, with so much uncertainty around, now may not be the right time to book – but it doesn’t mean we can’t look ahead to a time when we might travel again.

With that in mind, here are some great street food cities to explore after coronavirus ends.

Whether it’s laksa, with its tamarind and chilli-based explosion of flavours, or egg-topped hokkien mee, the Malaysian state of Penang has some of Asia’s best street foods and its capital, George Town, is a great place to start.

The aptly-named Red Garden Food Paradise is a hawker centre with dozens of food stalls – come here after sunset for delicious local cuisine and a soundtrack of Malaysian pop, provided by the bands strutting their stuff on the tiny stage.

For a nightcap, head to Antarabangsa Enterprise at 21 Lorong Stewart. Locals and tourists come to this no-frills liquor store-turned bar to drink cheap beer while perched on the plastic seats outside.

Lisbon’s got some fantastic street food venues. Highlights include the family-friendly Mercado de Campo de Ourique market, dating back to 1934; and the street food parties held throughout June, otherwise known as sardine season.

The star of the show is Mercado da Ribeira’s Time Out food court, with its cookery workshops and live music providing the perfect accompaniment to seriously delicious nosh. Every vendor has been judged worthy by Time Out’s food critics, and there’s something for everyone, ranging from Tartar-ia, for mouth-watering seafood tartares, to Cozinha da Felicidade, for delicious Portuguese cakes.

Specialities in Osaka, known as Japan’s breadbasket, include takoyaki (golf ball-shaped snacks containing various fillings, but usually octopus) and okonomiyaki (pancakes made with flour, eggs and cabbage, topped with pork, seafood or vegetables).

Stop by a takoyaki stall to watch chopstick-wielding chefs shape their fried snacks with lightning-quick prods, before gorging on Japanese cuisine at one of Osaka’s famous vending machine restaurants. Simply press the button corresponding to your chosen dish, insert your Yen and hand your receipt to the greeter, who’ll direct you to a seat overlooking the bustling kitchen. Your food will arrive within minutes.

Oslo is quickly emerging as one of Europe’s tastiest cities for street food.

February 2019 saw the opening of (the admittedly unimaginatively-named) Oslo Street Food, a city centre food hall with 16 vendors and delicious grub for all tastes and budgets.

Our favourite vendor is Silk Road – try the steamed dumplings made with spinach, mushrooms with Iranian spiced soy sauce.

Head to Aleppo Bahebek (Aleppo I love you) for hummus, tabbouleh, baba ganoush and kibbeh neie; and to Injera Palace, run by three Eritrean women, for sourdough pancakes made with teff, a gluten-free grain grown in Ethiopia.

Numerous fine dining restaurants have popped up in Lima over the past few years, but its street food vendors have had a huge part to play in its transformation into Peru’s culinary capital.

It’s a scene dating back to the time of the Incas, and their soft spot for llama kebabs. African slaves transported to Peru by the Spaniards added spices and swapped llama for beef, creating anticuchos – skewers of meat still sold at stalls throughout Lima.

Some of the best street food stalls can be found on and around Avenida Petit Thouars and near the Museo de Arte de Lima.

The best place to enjoy street food in Hong Kong is at its dai pai dongs, which translates as “restaurants with big licence plates” – a nod to the oversized licenses these tiny stalls once had to display.

Sadly, changes to licensing laws mean there are now only 30 or so left. Some of the best can be found in Kowloon’s Sham Shui Po and around the famous Central–Mid-Levels Escalator.

Dai pai dong cuisine has close ties to the Chiu Chow people who migrated from Guangdong to Hong Kong in the mid-nineteenth century, and staple dishes include fried oyster omelettes and sweet and sour pork.

Don’t forget that Hong Kong also has one of the world’s cheapest Michelin-starred restaurants, Tim Ho Wan. The speciality here is dim sum; albeit without the gold flakes or diamond dust added by Hong Kong’s pricier restaurants. You’ll pay under 200$HK (£19) for a meal for two.

Singapore‘s government recently submitted a bid to get its hawker culture recognised by UNESCO status, and rightly so – some of Asia’s best hawker markets can be found here.

Our advice? Avoid the crowds by heading to some of the lesser-known hawker centres, such as the ones on Balestier Road, where food is cheap, delicious and truly local – think frog porridge and fish head soup.

The Tekka Centre, in the heart of colourful, chaotic Little India, is another great option – you’ll find all types of cuisine here.

The Newton Food Centre, north of Orchard Road, is famous for its barbecued seafood stalls and had a starring role in Crazy Rich Asians.

Fancy splashing out? Don’t miss the beautiful (and still very affordable) buffet at Grand Hyatt’s legendary StraitsKitchen restaurant, on Orchard Road. The 70 dishes are all inspired by Singapore’s street food, and many of the chefs started out at hawker markets.

Prior to the 1960s, the most common street food snack in South Korea’s capital was jjinppang ​– steamed buns filled with red bean paste.

The city centre neighbourhoods of Itaewon and Myeong-dong are both known for their street food offerings, while Jongno is famous for its pojangmacha alleys –  pojangmacha being the tented food stalls that have experienced resurgence in recent years.