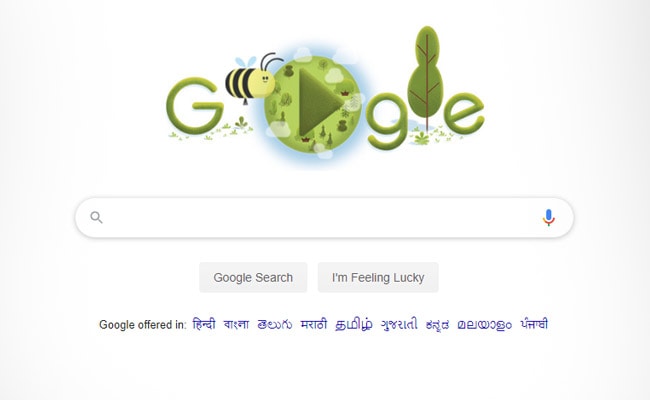 World Earth Day 2020: This day is an annual event celebrated around the world on April 22.

Earth Day is an annual event celebrated around the world on April 22 to demonstrate support for environmental protection. It was first celebrated in 1970 and now includes events coordinated globally by the Earth Day Network in more than 193 countries.

Today, on the 50th anniversary of the Earth Day, Google has dedicated its doodle to one of the smallest and most critical organisms of the earth- the bees.

The doodle features a bee along with a “play” option button. As soon as the user clicks on it, a small video is played which highlights the importance of bees as they contribute two-thirds of the world’s crops by the method of pollination.

Further, there is a small game in which the user can guide the bee to pollinate flowers while learning fun facts about them and our planet that they help to sustain.

The art for today’s doddle was led by Doodler Gerben Steenks, with engineering by Doodlers Jacob Howcroft & Stephanie Gu. While sharing some thoughts on the making of the doodle, the creators said that for them the most fun challenge was to generate an infinite world. They further said that they needed to create an environment that was randomly generated, but still felt natural.

The doodle has been created with a hope that people around the globe would understand the importance of bees to the earth and to humanity.