Listening to New York Giants coach Joe Judge speak will almost put you in a trance. The thoughtfulness and the conviction gets the juices flowing. Every word seems to have a purpose and authority.

“I don’t want 53 independent contractors. I want one team,” he said Saturday night after his first NFL draft as a head coach, conjuring thoughts of his former boss, the New England Patriots’ Bill Belichick.

Even Judge’s messages to players moments after they were drafted were well-reasoned. No predictions. No comparisons. Put your head down and go to work; it is Judge’s advice to protect the player and help his team. 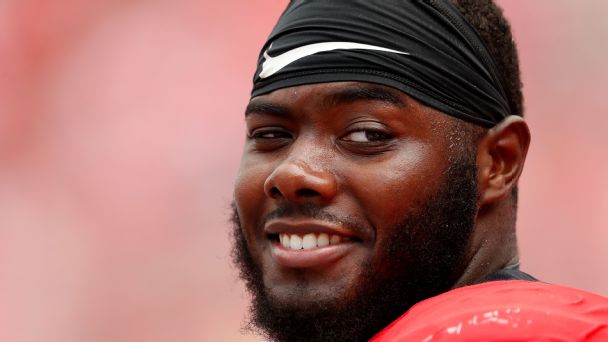 “Look, everyone gets excited,” Judge said. “When you get excited, you let emotion get the best of you. A lot of times you say things, you turn around afterwards and go, ‘Maybe that wasn’t the best thing to say.’ Well, sometimes you don’t want to have those slips when you’ve got millions of people and it’s forever ingrained anyway in print, social media, whatever it may be. … So, sometimes it’s good to just get reminded at certain times, ‘Hey listen, this is your focus, this is what we’re building, this is what our culture here is going to be, let’s just make sure you say the right thing at the right time.'”

This is the voice of the Giants this year. Judge’s fingerprints were left on this year’s draft, and the same could be said about NFL free agency the previous month. The first-year coach was more involved in the draft process and had a louder voice in the draft room (albeit virtually) than his predecessors, according to some around the team and the league. Given the opportunity to get to know and talk with the assertive Judge, this information hardly comes as a surprise.

This isn’t to say this was solely Judge’s draft; Giants general manager Dave Gettleman still ran the show and was the ultimate decision-maker. Gettleman just happened to have a new running mate to join him in Judge, along with director of college scouting Chris Pettit and senior vice president of player personnel Chris Mara.

Jordan Raanan breaks down whether Andrew Thomas was the right selection for the Giants with the fourth pick in the 2020 NFL draft.

When asked to give an example of how working with Judge was different and if his strong personality was evident during the process, Gettleman chuckled: “We get along fine. Next question.”

By all accounts, the Giants did well in this year’s draft. ESPN draft guru Mel Kiper Jr. graded their haul a “B.” First-round pick and offensive tackle Andrew Thomas was better liked in league circles than by the media. Second-round pick and safety Xavier McKinney fell to the Giants and offensive tackle Matt Peart, with a second-round grade from the Giants, was taken with one of the final picks in Round 3.

Gettleman still affected this draft. The Giants didn’t make a trade despite a 63-pick gap between their second- and third-round picks. Gettleman, an old scout at heart, has never traded back in any of his eight drafts as general manager, which must seem like an oddity for Judge coming from New England. Gettleman’s approach is in great contrast to Belichick, who has averaged almost four trades per draft with the Patriots.

Judge’s influence was felt by the types of players the Giants targeted in the late rounds. Gettleman conceded the Giants grabbed prospects who have “good developmental qualities and tools.” This aligned with Judge’s desire to draft for long-term upside rather than prospects who would be deemed pro-ready. There was also an emphasis on adding defensive speed and versatility for the new scheme being installed by Judge and defensive coordinator Patrick Graham.

The way Judge questioned players even comes with a twist. In addition to going over the football and learning about them as individuals, he picks their brains about other players — a very Patriots-like approach.

“It’s also interesting to talk to teammates and ask them about players on their team. For example, there may be multiple receivers on a team and you ask a defensive back, ‘Who do you think is the best receiver on your team is? If you were starting a team, who would you pick first?’ It sheds a lot of light. One thing you will find out is you can’t lie to the players, they really know. We have to dig for it as coaches. The support staff can only find out about the players. Inside that locker room, they know.”

Judge had multiple conversations with Thomas, including one in the days leading up to the draft that outlined his expectations for the first-round pick who was always his top tackle. Judge left no stone unturned.

With 10 new players on the roster, Judge seemed pleased with the Giants’ draft.

“There’s definitely a full teamwork environment in our building. Dave has been awesome. His staff has been great. … Was it different being a head coach than a special-teams coordinator? Absolutely. … The coaching staff gave me great input and insight, there’s a lot of experience on the staff that I was able to lean on … and kind of ask advice [on] of how to handle different situations with things that may came up that I didn’t expect.

“Look, obviously it’s a different situation, it was a different medium this year being virtual. But I’ll tell you what, through all of the changes that came our way, I thought we operated pretty effectively as an entire staff.”

Not everything was perfect, because there were undoubtedly natural disagreements and differences of opinions. But that is part of the process. Judge mentioned the possibility of hammering back at scouts during the course of conversations about prospects not being a fit in the Giants’ new schemes.

All of the Giants better get used to it. This is the voice the Giants added to the organization when they made Judge their coach. The results so far — off the field — look promising.