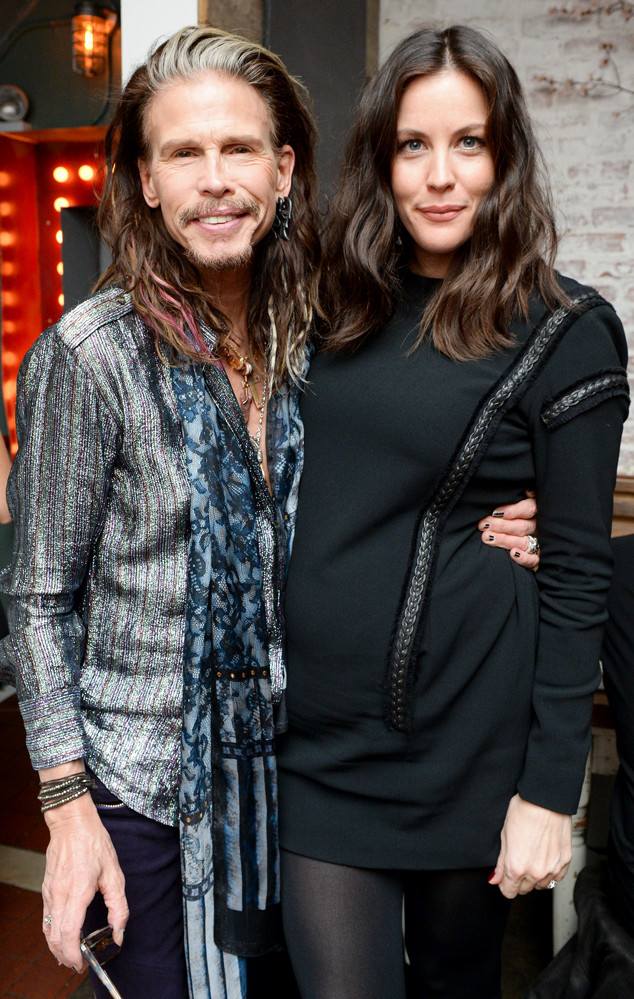 Being the daughter of a rock star can’t be easy, especially when your dad is Steven Tyler.

On Tuesday, Liv Tyler opened about what it’s actually like to be related to the eccentric Aerosmith frontman on Jimmy Kimmel Live—and didn’t hold back when it came to listing the things he does on stage that embarrass her.

“I mean…he’s pretty amazing,” she gushed to host Jimmy Kimmel. “But as a performer, he doesn’t half-ass anything. Like, he really is singing his heart out. So, I’m usually pretty impressed that he’s still…but he does things that embarrass me. Like, humping his mic stand. I’m like, ‘Dad…'”

Since Aerosmith kicked off their Deuces are Wild Las Vegas residency last year, the 9-1-1: Lone Star actress joked that there has been no shortage of mic humping from Steven. She added, “They’re in Vegas right now, so there’s, like, clips all the time…and he, like, licks people’s faces sometimes.”

Still on the topic of her family, the mom of four shared what it was like to raise her children across the pond with her British fiancé David Gardner.

While explaining the dynamic of their blended family, which includes their 4-year old son Sailor and 3-year-old daughter Lula (she is mom to son Milo, 15, and he is dad to son Grey, 12), she noted that their little ones have become full-on Brits.

“Milo is…he’s a real New Yorker. He’s got an American accent,” she began. “But the babies have complete British accents…It’s very sweet. But I’m always reminding them, ‘cause they say the English words for everything. So, they’ll say, like, the stroller, they call it a buggy. And the trash can’s a bin…like chips and I’ll say, ‘You mean you want some French fries.'”

After testing the Lord of the Rings star‘s knowledge of English street signs, Liv dished about her new role on Ryan Murphy‘s medical drama spin-off 9-1-1: Lone Star. Once the duo watched a clip from the show, where Liv can be seen taking charge of a crime scene opposite co-star Rob Lowe, she confessed to Jimmy that she had no idea how to play her paramedic alter ego.

“That was my first day at work,” she told Jimmy. “It was really scary. I had to walk in and be like, ‘I know what I’m talking about.’ I don’t know anything about being a paramedic. I’m learning…I had to come in and cut somebody open.”

Watch Liv talk Aerosmith, family and Rob Lowe in the video above!