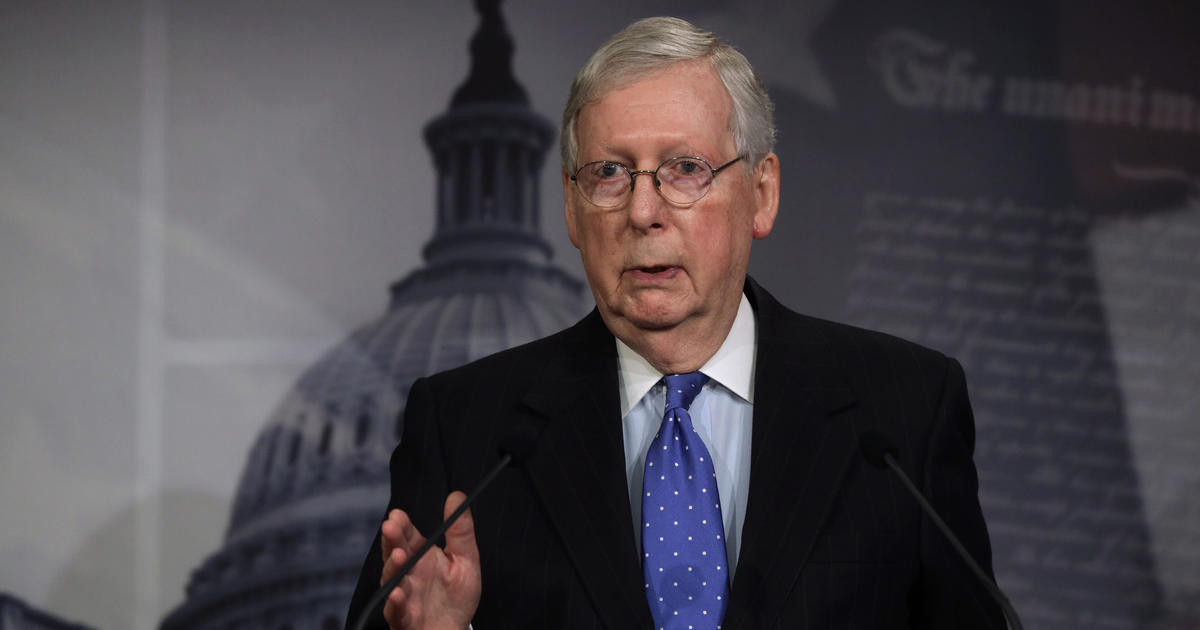 State governments cannot declare bankruptcy, but radio host Hugh Hewitt asked McConnell in an interview Wednesday if “we need to invent” a bankruptcy code so that states facing financial fallout from the pandemic “can discharge some of these liabilities that were put in place by previous governors.”

“I would certainly be in favor of allowing states to use the bankruptcy route,” McConnell replied. “It saves some cities. And there’s no good reason for it not to be available. My guess is their first choice would be for the federal government to borrow money from future generations to send it down to them now so they don’t have to do that. That’s not something I’m going to be in favor of.”

Under current law, only cities and other local governments can file for bankruptcy, with permissions from their state. The most prominent example is Detroit, which in 2013 became the largest U.S. city to ever declare bankruptcy. It took the city more than a year to exit bankruptcy.

McConnell alleged that local governments would use federal funds to simply bail out pensions, which he pinned as the source of most of their financial trouble. He also said Congress would not “just send a blank check down to states and local governments to spend any way they choose to.”

“We all have governors, regardless of party, who would love to have free money,” the Kentucky Republican said. He said lawmakers were “going to push the pause button here, because I think this whole business of additional assistance for state and local governments needs to be thoroughly evaluated.”

McConnell added, “There’s not going to be any desire on the Republican side to bail out state pensions by borrowing money from future generations.”

When asked for comment, McConnell’s office told CBS News, “If we have anything to add to the Leader’s remarks we’ll be sure to let you know.”

McConnell’s opposition to local government funding puts him at odds not only with Democrats, but also some Senate Republicans — as well as President Trump, who said Tuesday on Twitter that once the latest relief bill is passed, he wants to begin discussions about legislation “with fiscal relief to State/Local Governments for lost revenues from COVID 19.”

The historic $2 trillion relief bill Congress passed last month included $150 billion for state and local governments suffering financial devastation from the pandemic. But a new $484 billion bill passed by the Senate on Tuesday included no additional funds for local governments, a provision Democrats unsuccessfully pushed for.

The House is set to vote on the bill Thursday.

The National Governors Association on Tuesday sent a letter to congressional leaders, including McConnell, asking for $500 billion in additional aid to account for lost revenue.

“States and local governments need robust support from the federal government as we navigate the response to this pandemic and to help foster the economic recovery that is ahead,” the letter said.

The Louisville Metro Council, representing the largest city in McConnell’s state, sent a letter to McConnell and Representative John Yarmuth this week pleading for more funds. The council said hundreds of city employees could be furloughed without it.

“We cannot wait much longer,” the letter said. “We urge you to please include this critical relief in your next round of federal assistance.”