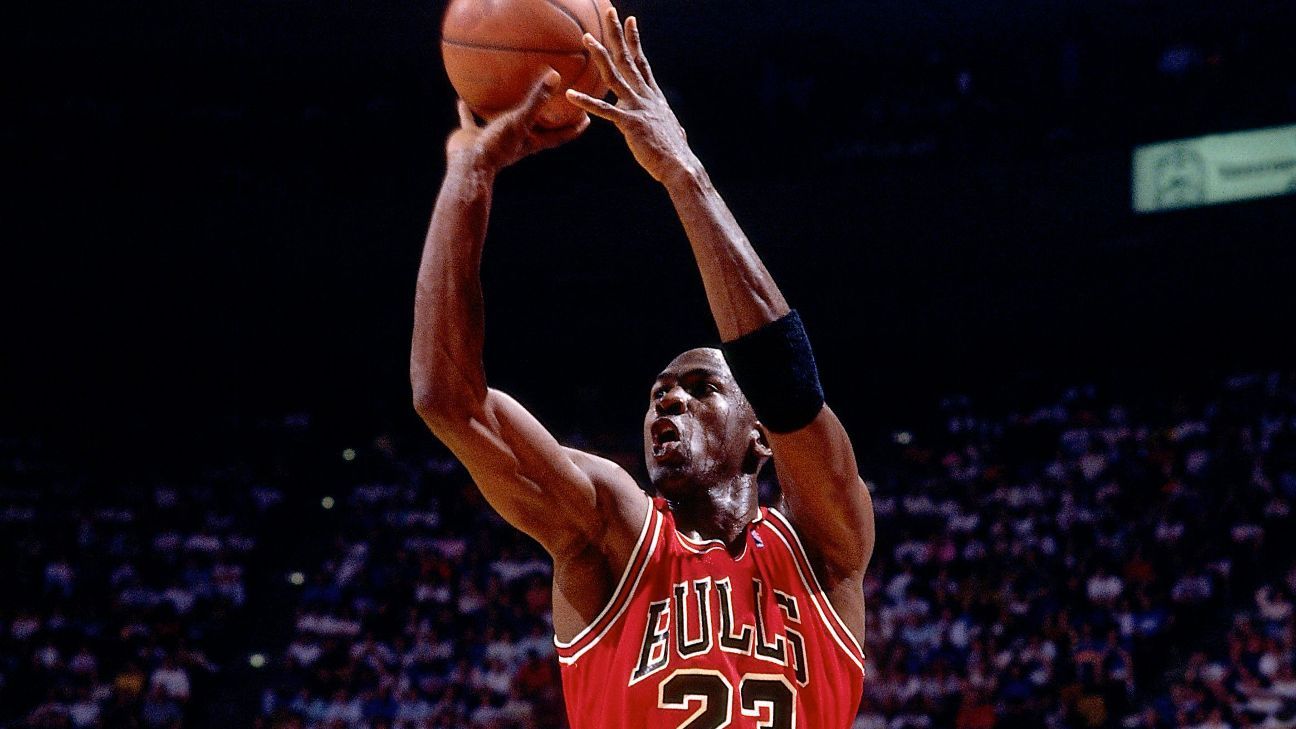 ESPN’s 10-part documentary series “The Last Dance,” which chronicles Michael Jordan and the 1997-98 Chicago Bulls, premiered on Sunday with Episodes 1 and 2.

Jordan and the Bulls allowed NBA Entertainment to follow them throughout the season and document their final championship together. The series features never-before-seen footage, as well as interviews with more than 100 people close to the team.

Here’s what you need to know from the first two episodes, which covered the rise of the dynasty along with the disintegrating relationship between the team and the front office.

Our team weighs in with their biggest takeaways from the first two episodes of the series. This will continue to update throughout the night.

• Ramona Shelburne: Michael Jordan publicly says the team should get to defend its title until it loses. That he won’t play for any other coach than Phil Jackson. And the Bulls didn’t listen! Are you kidding me? That would never happen today.

Stars are so much more powerful and valuable now than I suppose they were back then. The idea of an owner letting the team’s general manager break apart a dynasty against the wishes of its superstar would be unthinkable in the modern era.

• Malika Andrews: Like most 20-somethings, my experience of the Bulls’ dynasty has largely been retrospective. I was born too late to experience Jordan’s jaw-dropping dunks and gorgeous handles as they were happening. Instead, I saw them on YouTube and in grainy footage during throwback games on television.

Jordan played in the great era that I would never get to live through — at least, not really — and that was always a taunt my peers just five years older could dangle. But on Sunday, I was learning things about Jordan along with the rest of the world, instead of being five steps behind. The youngest NBA fans and those who were in the United Center in 1998 were all seeing something new.

• Tim Bontemps: In the opening minutes, Jordan reflects on the rumblings about the Bulls considering a rebuild.

“I just kept hearing this over and over again,” Jordan said, waiving his right hand for punctuation. “And I was just getting irritated. Like, we were winning.”

It struck me just how much the idea of rebuilding still gnaws at Jordan. It makes you wonder: Had the Bulls decided to go for as long as Jordan could carry them, would he have still retired in 1998? Would MJ, Phil Jackson and Scottie Pippen have stuck together until the bitter end? We will never know. But hearing Jordan talk makes me wonder if that alternate universe might have been more plausible than we imagined at the time.

• Kevin Pelton: I had forgotten until tonight it was possible the Bulls might have never had a “Last Dance” in 1997-98 at all. The possibility of Jackson being let go as coach and Jordan retiring in the summer of 1997 seems unthinkable now.

Not only would that have deprived Chicago a sixth and final title, it also would have prevented Jordan from concluding his Bulls career with one of the most memorable shots in NBA history. Thank goodness cooler heads prevailed and Jackson and Jordan returned to lead one more run that we’ll continue reliving over the next month.

• Kirk Goldsberry: How good was MJ on the day he scored 63 points on the road against the Boston Celtics? Larry Bird said it best in Episode 2: “That wasn’t Michael Jordan out there, that was God disguised as Michael Jordan.”

Jordan didn’t win his first title until 1991. But if you had to pinpoint the exact moment in 1986 when the basketball world realized he was different, you might pick that game, when a 23-year-old Jordan scored 60-plus on 41 shots against the eventual champs. My favorite part: He made no 3s. All of his 22 made buckets came inside the arc.

On April 20, 1986, Michael Jordan scores an NBA-record 63 points in the Bulls’ overtime loss to the Celtics at Boston Garden.

• Jesse Rogers: Seeing the team in Paris reminded me how Michael Jordan became synonymous with Chicago.

If, say, you were in Las Vegas before Jordan became a Bull and you told people you were from Chicago, they would ask about Al Capone. That’s right. A mobster from the 1920s was the most famous Chicagoan for people outside of the city. After Jordan arrived, it’s all anyone would ask about, especially foreigners. Everyone everywhere knew of MJ.

• Dave McMenamin: The explore tab on my Instagram is littered with MJ posts. There’s hardly a day that goes by that I don’t happen upon some familiar Jordan highlight and crack a smile. I’ve been cycling through clips of his for decades.

So to see him chase down Duke’s Johnny Dawkins to block his shot in Episode 1 — when Jordan, the Tar Heel, rose so high in the process that he smacked the back of his head on the backboard — left me slack-jawed due to MJ’s aerial artistry and the clip’s relative obscurity. Absolutely silly hops.

• Andrew Lopez: There are not many times when the average fans can see themselves in something MJ has done. But as anyone who has been to college knows, you need your mama. His writing a letter to Deloris Jordan asking for money while at UNC — well, that’s just something a lot of folks can relate to. It’s a simple reminder that before he was a worldwide phenomenon, Jordan was just like everyone else at one point.

Just not for long.

• Mike Schmitz: The Portland Trail Blazers‘ selecting center Sam Bowie over Jordan with the No. 2 pick in 1984 should be the everlasting example for why you never draft for need over talent at the top. The idea that Jordan couldn’t play with Clyde Drexler because they were both shooting guards speaks to the more rigid way the game was played and viewed at that time.

• Nick DePaula: I was surprised how well the team held together during what should’ve been a season-derailing trade request from Scottie Pippen. When Pippen flatly told reporters, “I don’t see myself carrying on [as a Bull],” I instantly wondered how that might’ve played out differently today.

In contrast to his filter-free language to execs and players in practice, Jordan’s reluctance to comment on Pippen’s trade request perhaps calmed the storm. He always knew the impact and gravity of his words.

• Ohm Youngmisuk: Bulls GM Jerry Krause helped build one of the greatest runs in NBA history, but he also had the biggest hand in tearing down the dynasty. For each crucial championship piece he assembled around Jordan, Krause constantly did things to undermine the Bulls’ championship chemistry. He feuded with Phil Jackson, who said Krause told him that 1997-98 would be his final year as Bulls coach and that, “I don’t care if you win 82 games in a row.”

Krause looked into moving the grossly underpaid and fed-up Pippen, who retaliated by delaying foot surgery that season, openly berating Krause in front of the team and then demanding a trade. It’s no wonder why when asked what would be the biggest challenge to a Bulls championship at the start of that season, Jordan looked up at Krause’s office in the team’s practice facility.

More on ‘The Last Dance’

Everything to know about Michael Jordan’s Bulls

Here’s a guide to the 1990s Chicago Bulls dynasty for those who didn’t experience it as it happened — and for those who need a refresher on the six-time NBA champions.

“The Last Dance” is a rare look inside Jordan’s world. It unfurls some revealing details and telling anecdotes of an emotion-charged final season in which history repeated itself, with the drama, the jealousy and the infighting leading to the disintegration of the Bulls all over again.

Flash back to 1996 where Scottie Pippen talks about his year on the court and playing alongside Michael Jordan and Dennis Rodman.

Jordan thrived in ways and in places that few players before him could match and that even fewer players today can emulate.

Flash back to opening night of the Bulls’ 1997-98 season where they blew a 20-point lead in the first quarter en route to a loss vs. the Celtics.

Netflix (outside of the U.S.)