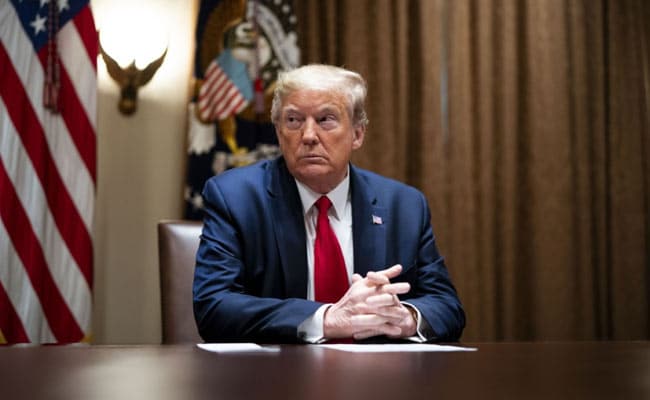 US President Donald Trump on Sunday said that people call him the “hardest working president”.

Continuing his attacks on media, US President Donald Trump on Sunday said that people call him the “hardest working president”, claiming that he has possibly done more work in his first tenure than any other president in the country’s history.

“The people that know me and know the history of our country say that I am the hardest working president in history. I don’t know about that, but I am a hard worker and have probably gotten more done in the first 3 1/2 years than any President in history. The fake news hates it!” Trump wrote on Twitter.

“I work from early in the morning until late at night, haven’t left the White House in many months (except to launch hospital ship comfort) in order to take care of trade deals, military rebuilding etc, and then I read a phoney story in the failing NYTimes about my work,” he said in another tweet.

Further criticising the media, the US President said that “lawsuits should be brought against all, including the fake news organisations to rectify this terrible injustice.”

“For all of the great lawyers out there, do we have any takers? When will the noble committee act? Better be fast!” he said.

Amid Trump’s attacks on American media, the number of coronavirus cases have been surging in the US with more than 957,016 confirmed cases of COVID-19 and over 54,435 fatalities.

Earlier on Saturday, Trump had said that he sees no point of having press conferences as he is mostly asked “hostile questions” by a section of American media, which he claimed gets record ratings by reporting “fake news”.

This comes in the backdrop of remarks of Trump at a COVID-19 briefing on Thursday, where he suggested that medical experts could explore ways of using disinfectants or ultraviolet light to treat coronavirus patients through injection or a cleanse.

The US President later clarified that his remarks were “sarcastic” in nature after uproar over his comments.