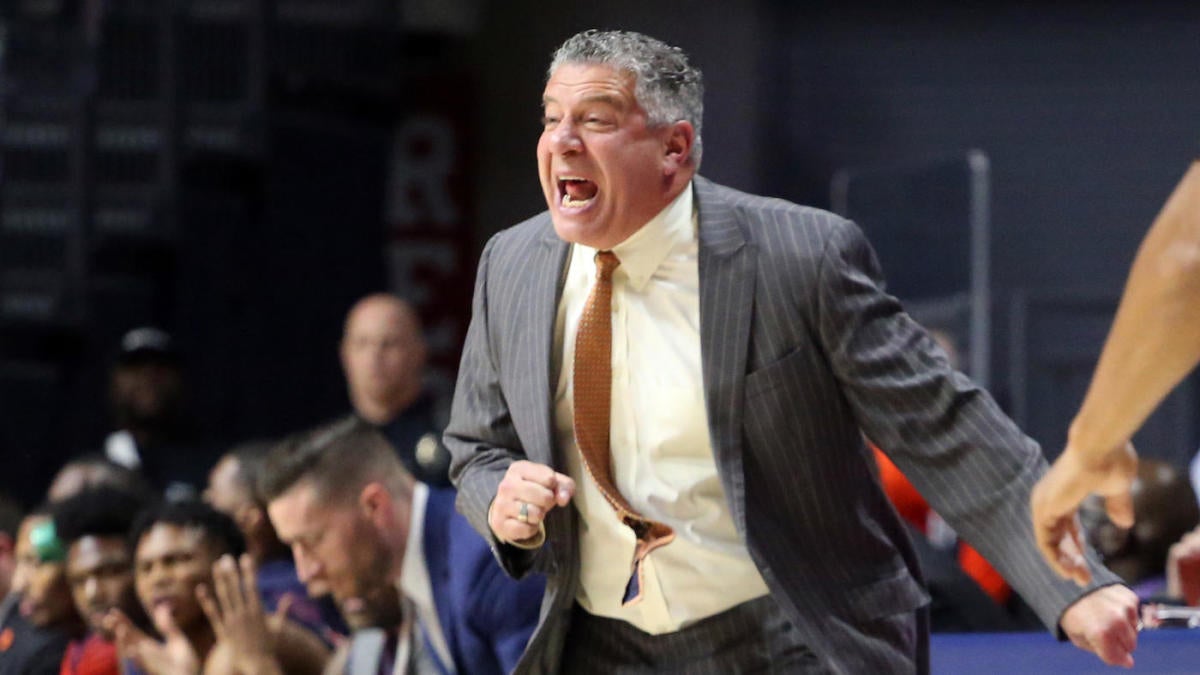 Somebody, somewhere, nearly every week, tweets me or texts me or contacts me in some form to ask if I’ll focus my soon-to-be-published Poll Attacks column on Jesse Newell’s latest ballot. This season, to date, I’ve just ignored the requests — mostly because Jesse has developed his own system for ranking teams, a system he’s explained many times. And though I disagree with his approach completely, for reasons I’ll explain momentarily, it’s kind of a waste of time to detail why an AP voter’s ballot is nonsensical when the AP voter in question will simply reply by explaining that his nonsensical ballot is actually very sensible, according to his system, even if his system is undeniably ridiculous.

So, again, right or wrong, I’ve just ignored the requests to date.

But enough is enough.

Because, on Monday, Jesse was the only AP voter, out of 65 AP voters, who didn’t rank Auburn even though Auburn is 19-2 with a win over Kentucky. Bruce Pearl’s Tigers are now 2-2 in Quadrant 1 opportunities and 9-2 in Quadrant 1/Quadrant 2 opportunities with zero losses outside of the first quadrant. As somebody who ranks teams literally every morning, let me just tell you, it’s impossible to sensibly find 25 teams more deserving of a national ranking than Auburn. And yet Jesse left Auburn completely off of his ballot this week because, best I can tell, there are some predictive models that say Auburn doesn’t belong.

It’s a great example of somebody trying to be smart while being dumb.

And shouldn’t results matter most?

In what world, practically speaking, should the results of games not matter much when it comes to ranking teams? In fact, the Associated Press specifically asks voters to “pay attention to head-to-head results,” which, by extension, means voters should, well, pay attention to results. Not predictive formulas. Results. And if you pay attention to results, very few teams in the country have better results than Auburn right now.

In a season in which bad losses happen daily, there are only 12 teams that have zero losses outside of the NCAA’s first quadrant. Auburn is one of them. That’s not worth nothing. But Jesse treats it like it’s nothing. And when he was asked specifically on Monday why he has an Auburn team that’s 19-2 unranked, he referenced KenPom and Torvik which, at the time, had Auburn ranked 33rd and 37th, respectively.

Again, those are both predictive models.

So, in my opinion, they should not be the end-all and be-all reference points because, for the millionth time, the results of the games should matter. But, for the sake of the argument, let’s rely on them momentarily. Then why does Jesse have Kentucky ranked 25th on his ballot even though UK is 35th at KenPom and 35th at Torvik? Neither number is close to the top 25. So when did Jesse decide to stop trusting computers? And did you realize Saint Mary’s is 10 spots higher than Kentucky at KenPom, and five spots higher than Kentucky in Torvik, but still unranked on Jesse’s ballot? To be clear, I do not personally believe Saint Mary’s should be ranked higher than Kentucky on an AP ballot right now; UK has the better resume, undeniably. But if you’re going to use KenPom and Torvik as justification to not rank Auburn, like Jesse did, you can’t ignore the exact same algorithms and rank Kentucky over Saint Mary’s when Saint Mary’s is better in both.

Bottom line, this inconsistent points-per-possession approach to ranking teams isn’t smart. It’s dumb. And Jesse isn’t even following it loyally, which makes any defense of his ballot laughable. Teams win games. Teams lose games. So Jesse, like most of the rest of us, should credit the teams that win and punish the teams that lose.

Ignoring the results of games is goofy.

It’s time to stop being goofy.