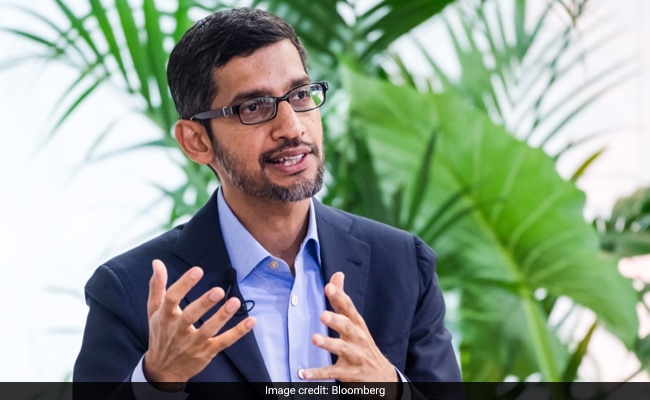 Alphabet Inc. said in a regulatory filing that Chief Executive Officer Sundar Pichai was awarded $281 million in compensation last year, making him one of the world’s highest-paid executives.

The vast majority of the package is stock awards, some of which will be paid out depending on Alphabet’s stock return relative to other companies in the S&P 100 index. That means his haul can become significantly smaller, or much bigger. Pichai’s annual salary was $650,000 in 2019, according to a proxy statement filed with regulators on Friday. The company has said that will rise to $2 million this year.

The CEO’s compensation is 1,085 times the median total pay of Alphabet employees, the company also said in the filing.

Pichai took over as CEO of Alphabet from Larry Page at the end of last year as Page and co-founder Sergey Brin stepped away from the company. Now, the 47-year-old executive will have to navigate Alphabet through the coronavirus crisis and economic recession. Pichai has already cut back significantly on hiring and investment plans for the year.

This year, Alphabet’s board changed the companies it compares itself to when it decides how to determine compensation. It added Netflix Inc., Comcast Corp. and Salesforce.com Inc., while removing HP Inc. and Qualcomm Inc. Also on the list: Apple Inc., Amazon.com Inc. and Facebook Inc.

Alphabet also disclosed the pay of David Drummond’s wife. Axios reported in September that Drummond, the company’s chief legal officer at the time, married another Google employee who once worked in his legal department. Drummond’s spouse was paid about $197,000 in 2019, the filing said. Drummond stepped down earlier this year.