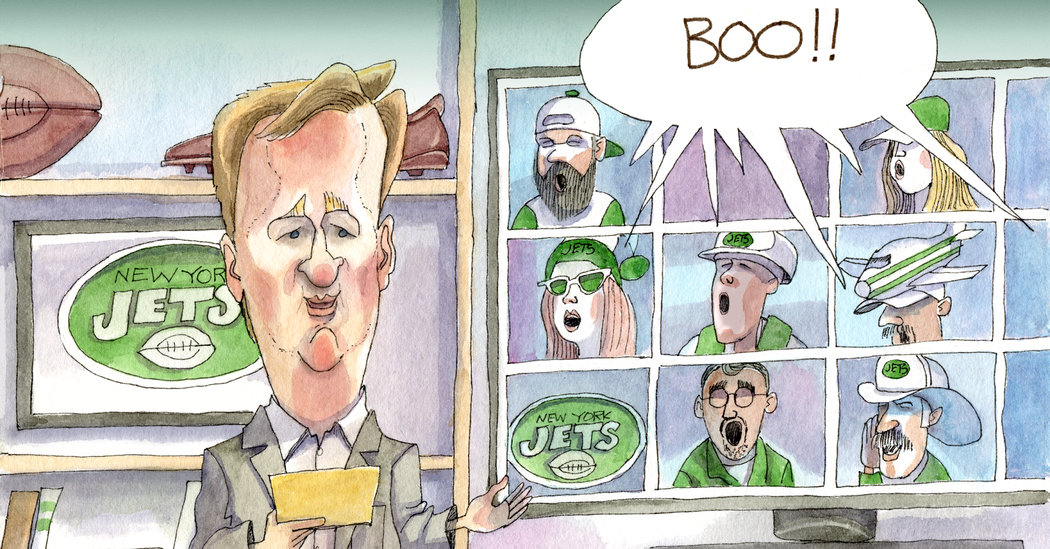 Roger Goodell, the N.F.L. commissioner, did not get any hugs from the players selected at the N.F.L. draft this year, but the traditional draft day “boo birds” still made it onto the broadcast.

Over three days, Thursday, Friday and Saturday, the N.F.L. draft was without some of its usual pomp, and pivoted instead to embrace human moments. It stood as a reminder of why sports are an important part of American culture.

Fans look to sports to provide a unifying topic to embrace, celebrate, debate and, in the case of Goodell, boo.

When the top pick, the Heisman Trophy winning Louisiana State quarterback Joe Burrow, was selected to head to Cincinnati, he didn’t get to walk to the stage through cascading cheers, hold up his new jersey and smile for the camera.

Instead, Burrow and his parents cheered from their home in Athens, Ohio, hugging before the quarterback donned a Bengals hat.

The Bengals kept it in the cat family, starting the second round by selecting the Clemson Tigers wide receiver Tee Higgins, who admitted to his real motivation for working hard in football as a child — toy cars.

The Giants selected the Oregon offensive lineman Shane Lemieux — a name more likely to appear in the country’s hockey havens — at Pick No. 150. The draft plodded on, through Hawaiian shirts and all the way to Pick No. 255. The last pick has come to be called Mr. Irrelevant, but the league’s concern, at least for this season, is whether sports will be back in time to keep any of the draft relevant.