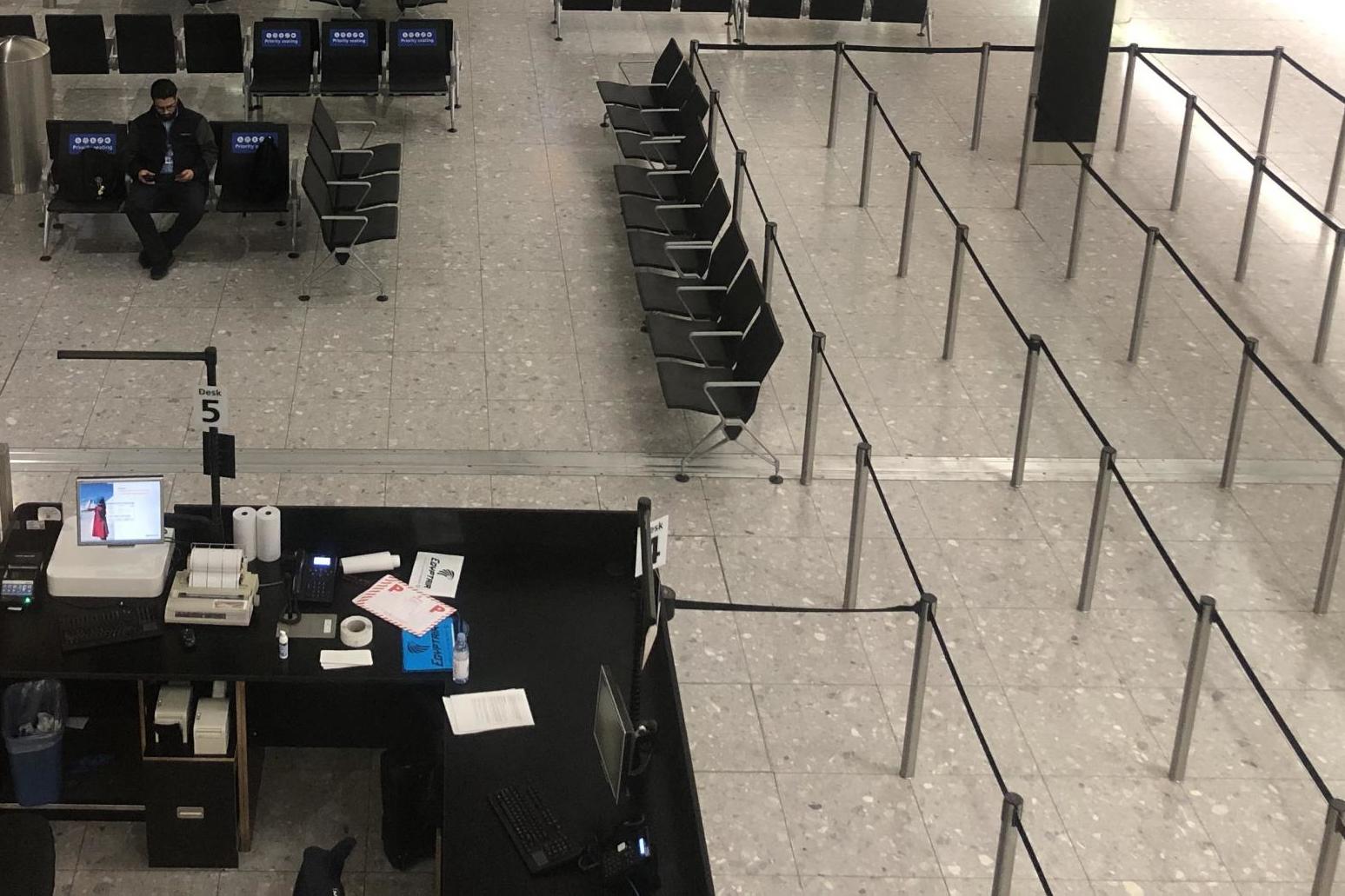 As airlines start preparing to increase flights across Europe and the world, the government is planning to impose stringent restrictions on anyone arriving in Britain.

At present, the UK is one of few nations that with no screening for coronavirus on arrival. In line with advice from the European Centre for Disease Prevention and Control, there are no temperature checks at airports.

Instead passengers are given advice on what to do if they become symptomatic.

Almost every country in the world has a lower infection rate than the UK.

But once numbers of new cases begin a sustained fall, the government plans to introduce a regime similar to that in place in Singapore and Australia — though without such tight restrictions.

Arrivals from anywhere in the world entering Singapore must spend two weeks in “a hotel room or similar accommodation provided by the Singapore government”. The aim is to allow time for any symptoms to develop.

Leaving the room makes the traveller liable for a jail term of up to six months.

In Australia, airport hotels are being used to quarantine arrivals for 14 days.

The UK plan would instead require air, sea and rail passengers to specify the address where they intend to spend the next two weeks.

The authorities would conduct spot checks to ensure that travellers are at the address they registered.

The travel industry has reacted with horror at the proposed move — which would immediately stifle demand for flights and holidays. Wizz Air has announced plans to start up links from Luton to 14 European destinations plus Tel Aviv from 1 May.

Britain’s two biggest holiday companies are planning to re-launch trips abroad in May and June.

But if anyone heading abroad on holiday or to see loved ones is to be quarantined for a fortnight when they get home, demand is likely to plummet.

A senior aviation executive said: “The industry has been looking to see when destination countries would re-open, because that was regarded as the main parameter for air travel to start up at a meaningful scale. But this could knock us all for six.”

Heathrow airport has been calling for a common international standard agreement on health precautions. A spokesperson for Heathrow said: “We are already working with the aviation industry and regulators here and in other countries to establish the need for a common standard, and what it might involve.

“The UK government has repeatedly said that the evidence suggests temperature checks in particular are ineffective once there is community transmission.

“We therefore request that the evidence base for the current advice be published as soon as possible, so that it can be properly considered against international advice.”

Such a move would also write off inbound tourism to the UK for the summer — although domestic demand is likely to be higher than for decades.

In a Twitter poll with more than 2,000 responses conducted for The Independent, only 22 per cent said it was too late and that the UK should remain open.

The options “start right now” and “test everyone on arrival” each received 35 per cent. The remaining eight per cent were in favour of closing the UK’s borders.

Separately, a senior World Health Organisation figure has said she will not holiday abroad

Dr Margaret Harris told BBC Breakfast: “Personally I would be travelling domestically rather than abroad simply because we are going to see this re-imported into some countries and you don’t want be in a position where you’re stuck as some people are.”