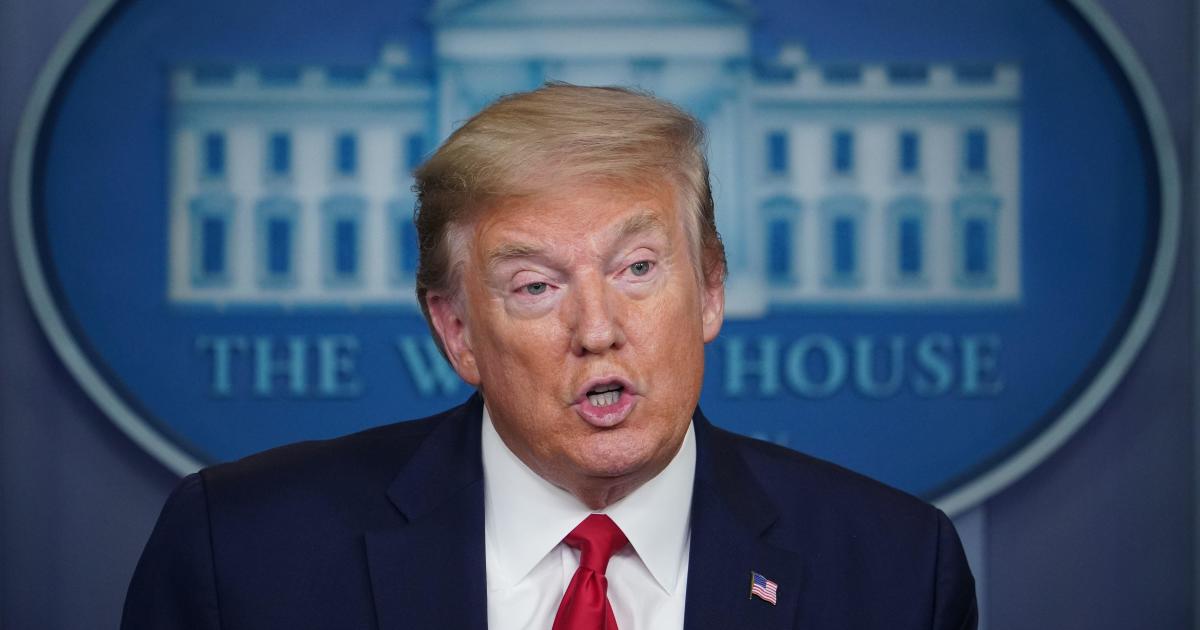 Highlights from the briefing:

President Trump on Wednesday claimed coronavirus “may not come back at all,” after his own public health experts have told the country to be prepared for another wave of the virus in the fall and winter.

And if it does come back, Mr. Trump claimed, it “will be coming back in smaller doses that we can contain.” The president made the remarks during the Coronavirus Task Force briefing at the White House on Wednesday.

“There will be coronavirus in the fall,” Fauci said on Wednesday.

The president also took a moment to tell reporters that he disagrees with Georgia’s Republican governor, Brian Kemp, who plans to reopen a number of non-essential businesses, like hair salons, bowling allies and tattoo parlors Friday. Mr. Trump said he told Kemp as much, that he strongly disagrees with the move to open up those businesses so quickly. Georgia has not yet met the administration’s own recommendations for beginning to reopen businesses.

“I told the governor of Georgia, Brian Kemp, that I disagree strongly with his decision to open certain facilities which are in violation of the phase one guidelines for the incredible people of Georgia, they’re incredible people,” the president said. “I love those people, they’re great. They’ve been strong, resolute. But at the same time, he must do what he thinks is right. I want him to do what he thinks is right. But I disagree with him on what he’s doing.”

The president also claimed he has never heard of the vaccine expert who says he was ousted for pushing back on an anti-malarial drug touted by the president. Dr. Rick Bright said in a statement released by his lawyers Wednesday that he “limited the broad use of chloroquine and hydroxychloroquine, promoted by the administration as a panacea, but which clearly lack scientific merit.”

After weeks of intense negotiations between the Trump administration and congressional Democrats, the Senate on Tuesday passed a $484 billion relief package that will replenish the quickly-depleted loan program for small businesses ailing because of the coronavirus pandemic.

The measure, which also includes $75 billion for hospitals and $25 billion for testing, now heads to the House, which is set to vote on the package Thursday.

House leaders have asked any member who is able to return to Washington for a meeting Thursday, during which they will also consider a change in House rules to allow for voting by proxy.

President Trump has urged Congress to pass the emergency measure and said discussions on a phase 4 legislative package would begin after he signed the legislation into law.

The president has also provided more details about his executive action, which he announced Monday night and signed Wednesday, just before the briefing. The action halts immigration into the U.S. because of the coronavirus crisis. Mr. Trump told reporters Tuesday his directive will suspend the processing of certain visas for 60 days.