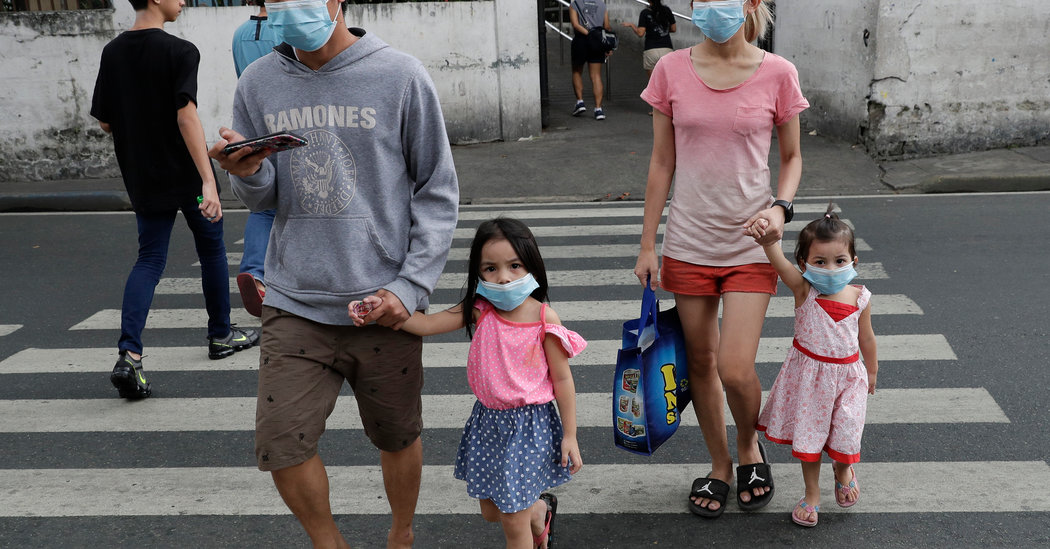 The death toll from the new coronavirus has risen to more than 300 people, with more than 14,000 known infections worldwide. In the Philippines, a man who had recently arrived from the Chinese city of Wuhan, the epicenter of the outbreak, became the first recorded fatality outside of China. Some of the world’s leading experts now believe a pandemic — an ongoing epidemic on two or more continents — is nearly inevitable.

Many airlines have suspended service to China, and the Philippines, Australia, Indonesia, Vietnam and Singapore have joined the U.S. in temporarily barring most travelers from China. China’s vast economy and the global supply chains it feeds are fraying.

But some top officials in Southeast Asia, which has the largest cluster of coronavirus patients outside China, have dismissed the threat and even pushed remedies not supported by science.

Here’s the latest, and a map of infections.

How we got here: Public health experts say China initially put secrecy and order ahead of confronting the coronavirus. Reconstructing the first seven weeks of its spread, our reporters showed how the authorities silenced doctors and others for raising red flags and soft-pedaled the danger.

In Wuhan: A new hospital for those with the coronavirus, built in just 10 days, opens today. But most hospitals are swamped and the population of 11 million is struggling under quarantine. With many of the sick going untested and untreated because of circuitous bureaucracy and short supplies, the number of infected and dead could be significantly higher than reported.

Trump to give State of the Union address with acquittal near

The impeachment trial of President Trump is in its final days.

After the Senate voted on Friday to block new witnesses and evidence, a final vote on whether to convict the president is scheduled for Wednesday, a day after the State of the Union address.

A few Republicans have conceded that they believe Democrats proved their case that Mr. Trump tried to leverage security aid to Ukraine for political gain, but argue that doing so does not warrant removal from office. Acquittal is a near certainty.

The big picture: Mr. Trump, freed of worries about congressional constraint, will take his victory and “his case of grievance, persecution and resentment to the campaign trail,” our chief White House correspondent writes in an analysis. He will be the first president in U.S. history to face voters after an impeachment trial.

Today brings the first contest in the race for the Democratic presidential nomination: the Iowa caucus, whose highly unpredictable outcome could reshape the field. It’s a complicated system. Here’s how it works.

Iowa has huge influence in picking presidential candidates, but the prairie state doesn’t look much like the country as a whole — except in its rapidly aging population.

On the ground: What began as a debate over policy and ideology has given way to a fixation on electability. Candidates have adjusted their final appeals to make the case that they represent the party’s best chance of beating Mr. Trump in November.

By the numbers: The latest polls show Bernie Sanders overtaking Joe Biden in Iowa, and closing in on his national lead. And here’s how much cash each 2020 Democratic candidate has on hand.

Brexit is over. And it’s only just begun.

It’s the start of a new era for Britain.

The country formally withdrew from the European Union on Friday after nearly half a century of membership, drawing a mixed reaction of celebration, despair and relief. The shape of its society and economy and its place in the world are all up for grabs.

Looking ahead: The positive case for Brexit — one where Britain strides into a future of economic renewal and cleareyed politics — will now be tested. The question is: What if it works?

In the E.U.: Many of the British officials who worked in Brussels are now out of a job, and some are racing to claim E.U. passports.

If you have 15 minutes, this is worth it

True to its name, the world’s lingerie powerhouse has kept a secret: that of a degrading work environment where, our reporters found, women were objectified and complaints of sexual harassment were buried.

Victoria’s Secret now says it is reforming itself, but its future is unclear in the #MeToo era.

Here’s what else is happening

Australian Open: Novak Djokovic prevailed in five sets against Dominic Thiem on Sunday to claim his 17th Grand Slam singles title and the No. 1 ranking.

Britain: A man in South London was shot dead by the police after three people were stabbed in what the authorities described as a “terrorist-related” incident.

In memoriam: Leila Janah, an activist and entrepreneur who employed thousands of desperately poor people in Africa and India in an effort to extend opportunity to the marginalized, died at 37 of a rare soft-tissue cancer.

Snapshot: Above, a yacht party in Tucacas, Venezuela, northwest of the capital. While much of the country is deteriorating, wealthy enclaves in Caracas are enjoying Prada and artisanal beer for the few.

Canada: Victoria, on the southern tip of Vancouver Island, has long marketed itself as Canada’s most English city. But its mayor has lately been trying to shake off the heritage of the British Empire — much like its newest and most famous residents, Prince Harry and his wife, Meghan.

What we’re listening to: The “Best Known Method” podcast. Our health reporter Anahad O’Connor welcomed its return for a second season. “Greatly enjoyed this discussion with Professor Emily Oster,” he tweeted, “especially now that I’m a dad and can benefit from her parenting insights.”

Now, a break from the news

Read: A collection by the poet Robert Hass is among 10 new books we recommend.

Go: A show at the Metropolitan Museum of Art in New York traces the history and cultural heritage of kingdoms on the Sahara’s rim.

Smarter Living: Our Social Q’s column offers advice to a woman who finds her husband’s nieces and nephews “unruly, unintelligent and uninteresting.”

And now for the Back Story on …

The yearslong exit from the European Union happened at midnight Friday in Brussels, 11 p.m. in Britain itself. (Because of course they’re in different time zones.)

Our London correspondent Ben Mueller was on duty. “It felt a little anticlimactic,” he said. “There had been such fireworks, and then the legislation passed without contention.”

Alcohol was banned in Parliament Square for the big celebration, but vendors brought in beer. “They couldn’t do without it,” Ben said.

The immediate difference? “Britain no longer has representation or say in the machinery of the European Union.”

Many other aspects of the departure remain, to be resolved (or not) during a transition period that will end when 2020 does. Prime Minister Boris Johnson has already signaled a tough stand for trade talks that will begin in March.

Ben noted that even hopes to have the moment marked by a bong from Big Ben (no relation) were dashed. Westminster’s famed four-faced clock is under renovation, and speeding the process up to allow the bell to sound would have cost 500,000 pounds. Efforts to raise the money fell short and parliamentary authorities nixed the plan.

So a recording of Big Ben was played outside, and inside 10 Downing Street, Mr. Johnson banged a gong.

That’s it for this briefing. See you next time.

Thank you
To Mark Josephson and Eleanor Stanford for the break from the news. Andrea Kannapell, the Briefings editor, wrote today’s Back Story. You can reach the team at briefing@nytimes.com.

P.S.
• We’re listening to “The Daily.” In our latest episode, The Times’s executive editor, Dean Baquet, discusses the lessons from our coverage of the 2016 presidential election.
• Here’s our Mini Crossword, and a clue: “This doesn’t look good” (four letters). You can find all our puzzles here.
• More than 200 readers responded to The Times’s call for stories about online dating in the Trump era.